Dublin Airport has to create another 1,400 car parking spaces to cope with demand.

Work has already begun on doubling the size of the short-term car park at Terminal 2 at a cost of €14 million. The work will add four floors to the existing two floors of the multi-storey car park. The new extension is being made of steel rather than pre-cast concrete, which reduces the weight and cost of the building. 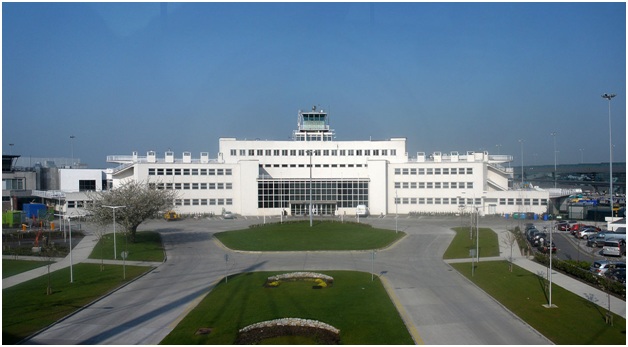 Airport operator DAA, previously known as the Dublin Airport Authority, said the upgrade was necessary to cope with the increase in passenger numbers, which rose by 8 per cent to 21.7 million people last year and continues to climb.

The main users of the short-term T2 car park are business travellers, with demand being at its highest from September to April. The work is being carried out on a phased basis and is expected to end this month.

Dublin Airport is going from strength to strength with 21 extra services this year made up of 16 short-haul routes and five new long-haul routes to Chicago, Washington, Addis Ababa, Los Angeles, and Halifax, Nova Scotia.

Dublin Airport is Ireland’s busiest airport and one of the top ten busiest airports in Europe with an average of 60,000 passengers a day and more than 600 aircraft movements.

Terminal 2 opened in 2012 and has a modern feel to enhance travellers’ experience. It has a fabric ceiling with iconic fan vaults made of mesh fabric tensile panels.

The terminal was needed to cope with the extra demand at the airport, which continues to grow.

The original T2 car park was built economically and was also designed to be “future-proofed” with the ability to expand.

It was built with a reinforced concrete frame with pre-tensioned deck planks and screed topping.

Tensile membrane structures are often used as a roof because they are economical, attractive and can span large areas.

UK tensile roof systems are a popular choice for many public buildings such as markets, open-air theatres, sports stadiums and concert halls such as the O2 in London. The systems can be installed by specialist firms such as http://fabricarchitecture.com.

They provide attractive and eye-catching designs that can be quick to install and provide an innovative alternative to more traditional stretch ceilings and interiors.