You are here HomeTechnology NewsShadow ban, the anti-twitter measure that comes from Internet forums

Today we have been aware of one of the anti-Twitter measures of Twitter, those that recently provoked user protests. As reported in The Verge, some users have begun to receive notifications that their tweets are “arrested.” These users are being told that only their followers can see their activity on Twitter during periods that, for the moment, are 12 hours. The counter starts running when the “Continue to Twitter” button is clicked. 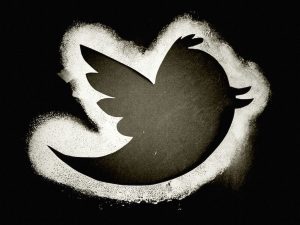 This measure, in fact, comes from the Internet forums and is known as “shadow ban”. It has other names (such as “stealth ban”), but it is one of the moderating tools of these message boards that it has the most. According to the media, the vBulletin software to create forums appeared with the name “tachy goes to coventry”.

If it is effective it is because the offender believes that he can still spread his bile throughout a community, but no one actually sees it. The approach of Twitter to this is from a point of view that has a lot to do with intelligent moderation, since at least let the user know what is happening. The traditional shadow ban occurs without the infringer knowing.

It has a big disadvantage, however: ghost accounts created to attack the platform once they realize it. Meanwhile, moderators and users can rest easy. The trolls will continue to think that they continue to function as nothing, while the general public can continue to do their thing.

Twitter has not revealed much about the policies and tools it uses to limit the reach of those who engage in cyberbullying, as the company believes they will look at how to use the information to play with the system according to the medium. After access is prohibited after breaking a rule, the user will normally attempt to litigate against that specific rule, giving arguments that are not in good faith.

However, the shadow ban does not have to work on Twitter just like in a forum. At least it is something, and the tint of Twitter in the variation that will introduce of this technique seems to imply that the company is stopping to think about ways to attack the cyberbully properly.