You are here HomeTechnology NewsMost marked trends in 2016 Web Design

Beyond impress users, the aim pursued by the major trends in the web design for this year 2016are designed to entertain from the animations. As a complement, a greater presence of the artwork and minimalist design also marked fashion guidelines in this area.

Curiosities and anecdotes surrounding the field of web design are varied.

For example, fans of Woody Allen films have found a common denominator in the opening credits of the film. The font used is always the same: Windsor. It all started when the famous filmmaker coincided at a breakfast with American typographer Ed Benguiat in a cafe in New Jersey. This candidate was who recommended this typeface, a council that has led him to erect such typographical model as the most characteristic of his films visual identity. 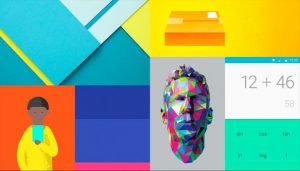 No less curious or anecdotal it is the origin of web design name Starbucks. In the seventies, one of its founders wanted to call the company Peqoud, in honor of the name of the vessel on the novel Moby Dick. One of his partners flatly refused so strange that it was his pronunciation and opted for one of its secondary characters: the current Starbucks. Regarding the image used for the design was based on the illustration of a book of Norse mythology, where it showed a mermaid with two tails, combining the concepts of coffee and sea, in a tribute to the first trader’s coffee.

What are the most marked trends in web design 2016?

Its complex initial mermaid design has been simplified down to the present, much more minimalist. Speaking of minimalism and leaving aside such anecdotes, if you’re interested in creating your own page on the network of networks you know that the minimalist design is one of the trends most marked in web design this season.

The concept of flat design, which has given so much to talk about in recent months, evolving into a type of design where less is more. It is characterized by incorporating depth effects, shadows, transitions and animations that improve interactions within their applications.

This renewed air to which we refer is the Design Material a trend in web design 2016 based on some of the effects discussed above. One of them is the animations, which also exert a significant influence in the field of web design. You as the user experience is becoming more interactive time, this type of dynamic downloaded resources have become an essential part within the narrative of a website.

There are several kinds of animations. One of the most appropriate to capture the attention of users it is through those focusing on movement, erected as a powerful marketing tool especially.

Also is the smooth scrolling or movement, to perform a smooth transition between pages and the various elements of the site, thereby reducing user eyestrain. For its part, the animations load is used to “entertain” the Internet while waiting for the appearance of the requested page, a trend which, although not new, is gaining in popularity. Finally, would the Hover type animations that respond to any mouse movement on the contents of the page, so that the experience becomes more intuitive.

Regarding the typography, now more than ever has become a resource to illustrate the content of the web. The photographs will be replaced with custom fonts, where creativity and originality arouse the interest of users.

Beyond presented as a trend, responsive web becomes imperative. Increasingly they increase more visits to our site from mobile devices. For this there will be a wide variety of screens to choose when to adjust the characteristics of our web design.

Similarly, we differentiate ourselves from the rest and get the bounce of our sites are all acceptable as possible. In this sense, the use of infographics helps visualize content, since perfection is shared through social networks.

The modular design, as we have social networking style options are marked trend in the web 2016 design is suitable to show tiny bits of information that are scanned by the reader until you find the one that interests you.

What do you think these trends in the field of web design 2016?