Duolingo is one of the most used applications when learning a new language . That means they have a huge amount of data about their users, and recently they analyzed them to find out what is the best time of day to do this activity.

The results confirm a study conducted in 2016, which showed the positive effects of sleeping after each learning session . They compared the level of retention between the participants who studied in the morning and those who did before going to sleep. 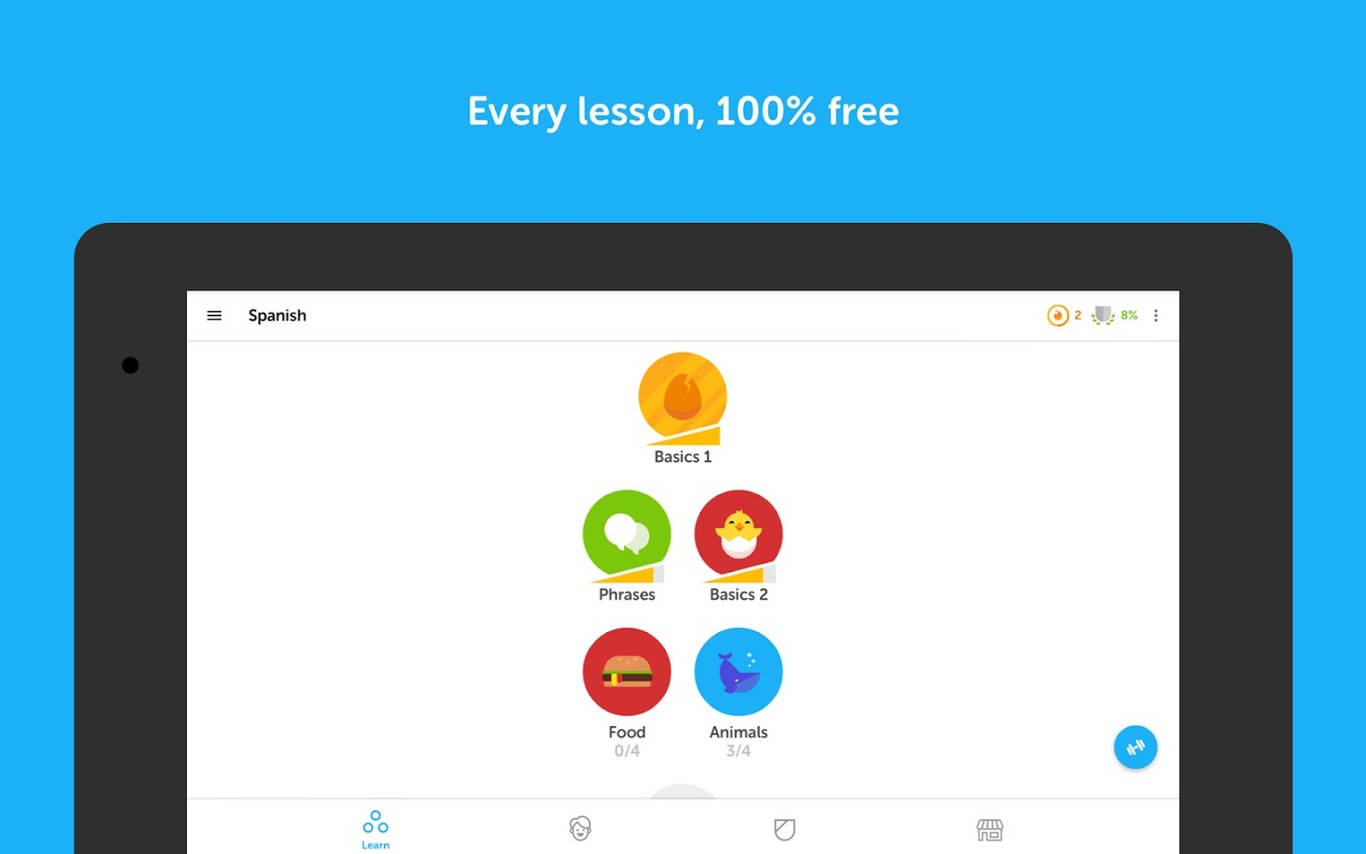 The results were checked one week and six months later, discovering that sleeping between lessons allows a better retention of what has been learned. If you are a person suffering from insomnia, you could use it to your advantage if you are thinking of learning a new language.

Schedule and habit: the keys to learning a new language better

Duolingo set out to verify if the 2016 study was right. First, they classified their users into 14 different groups , based on their level of activity at different times of the day.

The color red means that there is a high level of activity , while the color blue means inactivity (the yellow and green tones are related to a moderate activity). For example, if we see the group that studies “in bed time”, it is more active between 10pm and midnight, both on weekdays and on weekends.

If we compare it with the group “from 9 to 5” , which Duolingo uses during working hours, we see that its activity peak is between 10am and 6pm between weekdays, but this activity disappears almost completely on Saturdays and Sundays.

Once they identified the types of users, according to schedules and activities, they decided to check if there was any pattern between the results of each group . The first position is occupied by users who learn a new language before going to sleep, giving the reason for the study carried out in 2016.

Those who practice before going to sleep scored better than 52.9% of users. On the other hand, those who have an “arbitrary” routine appear in the last position , being unable to retain more information than the rest of the groups.

Duolingo concludes that these data confirm two things: that it is as important to study before sleeping as to be regular . As we can see, users within the “bed time” group practiced both during the week and on weekends.