Instagram has managed to reach a very important milestone. Today they have reached the figure of 600 million users per month, nothing more and nothing less, as they have published on their blog. That’s about double the population of the United States, all of them concentrating on putting pictures of food, coffee cups, feet on the beach, sunsets, and so on. 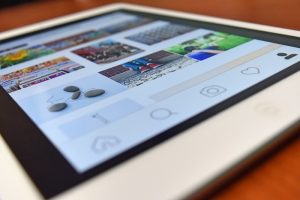 All these users and all these captured moments happen at least, to offer some context. The social photography network has addressed these words to its users to thank them for their fidelity:

Many things have changed this year, but the Instagram community’s diversity of expression has remained consistent. And now you have more ways than ever to share your moments with Instagram Stories, live video, and photos and videos that disappear when sent in a direct message. Plus, with updated security tools that give you more control over comments and other parts of your experience, we’re working to make Instagram more secure than ever for connection and self expression.

Since Instagram is said to have experienced rapid growth in the past six months, one hundred million new users have arrived since last June. As has been published, a lot of new features have been added during that period, many of which have completed the so-called “snapchatization” of Instagram.

Snapchat, for now its most direct rival, recently added the possibility of group chat. With 600 million Active users it is clear that Instagram is handling more than acceptable crifras, but these numbers pale when compared to those of Facebook. The social giant has 1,180 million active users every day around the world.

As the lines between characteristics and functions of both services become increasingly blurred, their competition will intensify. For now Instagram seems to be taking the best part, we will have to wait what the future holds for both platforms.