In recent times we have witnessed a change in Microsoft, specifically since Satya Nadella arrived. In that time we have seen how the company that brought us Windows has gone to see Linux in another way, how the Redmond company has begun to approach developers who prefer the penguin’s operating system.

These latest movements by the company have resulted in the appearance of Microsoft products in Linux environments, although some were already (although they had not been updated for a long time, as we will see later), while others have been created specifically for the chance. 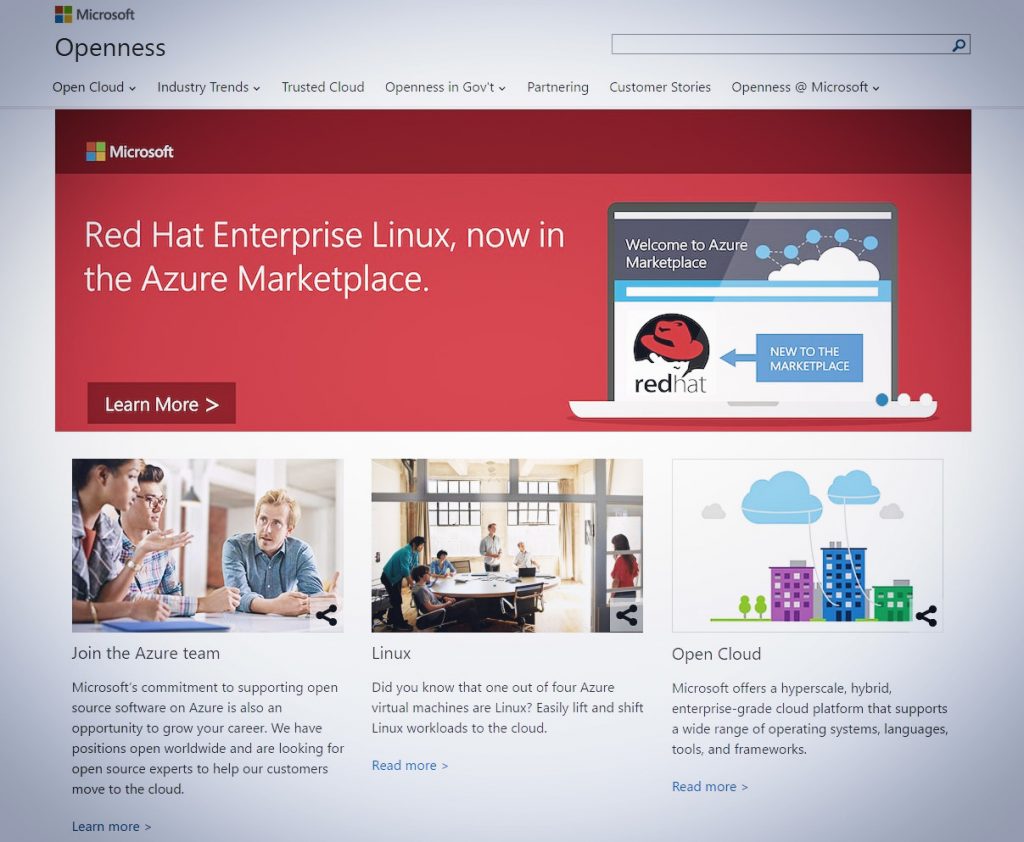 It is curious that, precisely, in an old war between the two operating systems there is currently a certain standardization and standardization of Linux, especially now that Microsoft is starting to have cross-platform products such as Visual Studio, although this has not yet been You can get for the invention of Linus Torvalds.

Can the year of Linux on the desktop come from Microsoft? It is complicated, given that for now their efforts are focused on developers, but still some products from their ecosystem are opening and entering another platform that is far from their borders and the antipodes of proprietary philosophy.

For those who do not know what we are talking about, we can define SQL Server broadly as a relational mode database management system . Exactly one year ago Microsoft announced its availability for Linux, ushering in a new era where the battlefield would no longer be operating systems.

According to it was published in media like The Register, the version of SQL Server that went to the operating system of the penguin is not a port that runs natively, but it is an executable with a small Windows kernel and that works as a normal Linux process.

SONiC, an operating system for Switches

When Microsoft and Linux officially buried the hatchet, it was said that the Redmond company had developed a “Linux distribution of its own.” This is not entirely correct, since SONiC , which is the name of the creature, is rather an operating system for switches, key devices in any network infrastructure.

For the rest, and as you can read in the SONiC FAQ, you can run on Debian Jessie and Ubuntu, but as we said (and as clarified by Microsoft itself) is not a distribution with its own entity.

Azure became interested in the entire Open Source ecosystem that was eating away at Microsoft’s proprietary solutions, which were originally the only ones that the platform allowed. In 2015 the service was renamed “Microsoft Azure” (its old name was “Windows Azure”). Before they had allowed the execution of Linux virtual machines in their infrastructure.

Since November 2015 Red Hat Enterprise Linux (RHEL), one of the most well-known corporate distros, has an agreement with Microsoft that now offers a combination of Azure and RHEL with the aim of giving the best of both worlds in the corporate structures.

In November 2014, .NET became an Open Source product, something that was unprecedented in the recent history of software in general and of Microsoft in particular. To appease the most reticent, they even published a Patented Promise that protects the entire framework of any claim on property rights by the Company for years.

With the opening of the .NET code, the inevitable availability for Linux arrived. In fact, Microsoft itself published a download and installation guide to get the framework in the operating system of the penguin, trying to reach developers who still prefer Linux.

Visual Studio Code is a multiplatform code editor that has a particularity: what in others like Atom or SublimeText would be packages to install, in this editor they are already pre-installed. It’s about giving developers a tool that they just have to install and use to program.

As we said a week ago, Microsoft has finally given love to Skype for Linux with the possibility of making video calls with its new beta. Skype and Linux have long maintained a stormy relationship, where the chat and video call client had far fewer features than in the Windows and MacOS versions, and it seemed it had been left out of the stable updates landscape.

When Microsoft began declaring its love for Linux, it began to polish a new version of Skype while making the transition from P2P to new services in the cloud. It took a few months for the new beta to arrive, without making much noise and without big announcements. However, between the new remodeled interface and the new functions, it seems that the chat and video call client has a future far from Windows and macOS.

Despite all these incursions of the Redmond company within the Linux world, there are some programs that have not yet made an appearance. We would need some more proof that Microsoft is serious, something similar to what it is doing in Android with Office and other productivity applications.

After so many years of rumors about Office for Linux, now that it seems that the company is opening maybe it would be the right time to launch it in the operating system of the penguin. It is one of the great absentees and one of the eternally demanded, with what would make sense.

Another program that could make its appearance, although it probably never happens, could be Microsoft Edge . The browser has already shown that, despite having some elements to polish, is a mature product that works well, and that can be a header browser perfectly.

Perhaps the last product with which we would end up seeing a clear commitment from Microsoft would be OneNote, its application to take notes. It has been a while since it can be obtained for free, and it can also be found in other operating systems, such as Android.

All the effort that Microsoft is making towards the developers is commendable, but the end users are the majority in the market. On the other hand, the more platforms and applications that can be used in them, the users will also win in freedom of choice.