You are here HomeLifestyleHow new tech can lessen tattoo regret

Although tattoos are more popular than ever, many of those who have been inked regret their decision and want to find an effective way to either change it, improve it or remove it altogether. A new machine that offers fast light technology could be the answer.

Tattoo regret is a massive and growing problem, with many people wanting to remove them, often after the breakdown of a relationship that they thought would last forever. Famous regretters include the actress Angelina Jolie, who had first husband Billy Bob’s name removed from her shoulder when they divorced. Victoria Beckham also hit the headlines when she chose to erase a Hebrew phrase on her back. 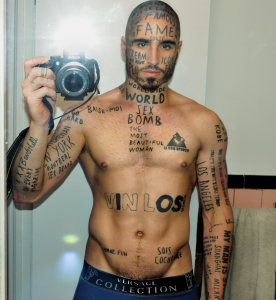 An unwanted tattoo can seriously affect someone’s self-esteem and body image, but removing them isn’t always easy. Thankfully, scientists have come up with ways they can be removed gradually using a laser. These use energy from the laser to break down large ink particles into small fragments, which are then absorbed into the bloodstream and passed out of the body.

According to the NHS, there are limitations to tattoo removal, which include it being a very slow process requiring at least 10 sessions. It also warns that some tattoos are not completely removed, with some fragments remaining in the skin. It recommends taking time to find a reputable practitioner. If you are looking for laser tattoo removal in Gloucestershire, you might want to get advice from a specialist clinic such as http://www.chlaser.co.uk/.

The latest innovation is the Enlighten Laser, which claims to be faster and work better than traditional laser treatments to remove ink. It works by using the heat of the laser to break down ink pigments lying underneath the skin, allowing the body’s white blood cells to attack them.

Made by Cutera and costing $275,000, it is the first-ever dual-wavelength and dual-pulse duration laser system designed to remove tattoos of any colour. The manufacturers claim it offers “industry-leading power, treatment depth and speed” for complete and efficient tattoo removal.

The machine’s fast light technology is said to be effective even on deep blue and green tattoos, helping them fade effectively in a shorter time. This is good news for those who are desperate to get rid of a tattoo they no longer want.