You are here HomeLifestyleEnjoying nature at Westonbirt Arboretum

Gloucestershire has more than its fair share of natural places to visit. For example, there are several National Trust Sites spread out from Hidcote Manor in the North to Dryham Park in the South. Add to that the many privately owned sites like the Rococo Gardens near free to roam areas such as the Commons of Minchinhampton and Rodborough plus the general countryside itself, gives you the chance to get out and about into nature. However, there is one particular natural jewel in the County’s crown and one that they are justifiable proud of; it is the National Arboretum at Westonbirt. 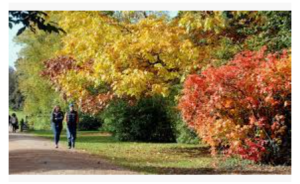 We value trees greatly, and Westonbirt is a haven and repository for the care and development of some of the rarest examples. The beauty of Westonbirt is that whilst it has dramatically developed over time, thanks to the support and control of the UK forestry Commission, it still retains a natural look that is in keeping with the woodland surroundings. The site is not only a safe haven for trees, but it also provides a place for the wildlife and plant life that rely on these trees for their survival.

The man we have to thank for this natural beauty is Robert Stayner Holford. He created the arboretum in 1829. This work was carried on by his son George Lindsay Holford. Given that neither man would live to see the trees full grown and in all their glory, it is a testament to their vision and a great gift to us who follow them. Holford Jnr passed the estate to his nephew the Earl of Morley in 1926, but he ceded it to the Forest Commission’s current owners some 30 years later in 1956. This organisation became the Forestry Commission in 2019. The House, which was part of the estate, is now the site of an exclusive girls school for boarders (which opens its doors on Special September Heritage days) plus, it has a very influential neighbour in the Prince’s Charles home, the Highgrove Estate. 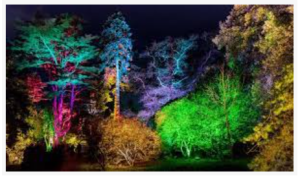 The Arboretum splits into two halves. The Old and the Silk Wood. The Old Arboretum is exclusive of Dogs, but they are welcome in the Silk Wood. Both offer an exciting contrast in terms of nature. The Old part is laid out more in the keeping of classic country parks and the landscape. Here we can see the avenues of trees and created views. It also has the more rare and exotic examples that the arborists and tree surgeons have worked hard over the decades to develop and maintain.

The Silk wood is somewhat different. Whilst there are many rare plantings, it also operates as a working woodland. Charcoal makers and woodturners will have their operations here, and in some cases, you can see them at work. There are also some sculptures and outbound activities for children. It’s a part of the site that you can really get lost in. Thankfully there are plenty of maps and way posts to be found to get you back out again.

It’s a popular site for locals. Gloucestershire Park Homes residents are frequent visitors given the closeness of it. If you want to live locally take a look at http://www.parkhomelife.com/our-parks/orchard-park-homes-gloucester-gloucestershire for a number of different home options.