You are here HomeHealthWhat is Natasha’s Law?

Natasha’s Law is a new law aimed at helping allergy sufferers choose a safe and nutritious diet. It will come into effect on 1 October 2021. The legislation was inspired by the death of a young lady from anaphylactic shock after eating food containing something she was allergic to. Natasha had a severe allergy to sesame and there were sesame seeds on the baguette that were not labelled. It was a tragedy that has spurred the government to take action. The law requires that food companies include the list of allergens on the label.

Currently, only the UK is subject to Natasha’s Law. It applies to foods pre-packaged in the UK, including those sold in supermarkets. However, the law does not apply to all foods such as those prepared elsewhere. Presently, it only applies to PPDS food which is ‘pre-packed for direct sale’ made on the premises. The government plans to extend the law to other areas of food production at some point.

The law takes the name of a young girl who died of anaphylactic shock in 2016. Natasha Ednan-Laparouse died after eating a baguette from a Pret A Manger store whilst on a flight from Heathrow to Nice. It was widely covered by the media at the time. This legislation was introduced to protect the two million children with food allergies in the UK. It will make food labelling more prominent, including highlighting the most common allergens. For advice on food matters and a Food Hygiene Check, visit a site like hygienecheck.net/

When will Natasha’s Law come into force? The new law will be implemented in England, Wales, Scotland and Northern Ireland on 1st October 2021. It is not yet clear when it will be introduced in other countries, but restaurants can begin preparing for the new law by trialling it before the actual implementation. As of today, it is still unclear whether the law will apply to all businesses in the UK. 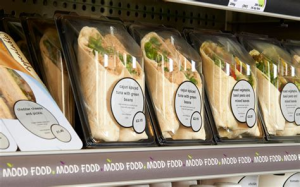 The new law requires that food businesses label the ingredients on the label. It will require food manufacturers to include a full list of allergens on their prepackaged products. It will also ensure that allergens are clearly declared on food labels.

The law will require that labels on prepackaged food have the right information on them. Until Natasha’s Law came into force, it was not mandatory for pre-prepared sandwiches to have the list of ingredients. But supermarkets and cafes are vital players in the food industry and should take advantage of the new laws and ensure that customers with allergies can find a safe and nutritious meal. It is also essential to make sure the labels are easy to read and understand and this will protect the health of millions of consumers, not just those who suffer with severe allergies.