As we have said on other occasions, type 1 diabetes is an autoimmune disease where the body itself is responsible for destroying the beta cells of the body responsible for the production of insulin.

A small pilot study, conducted by researchers at the University of Linköping in Sweden, brings a ray of light in the treatment of this disease thanks to a promising advance in patients with type 1 diabetes and in their production of insulin. 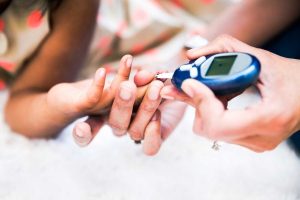 When this autoimmune pathology occurs, antibodies that attack the beta cell proteins of the pancreas often appear, specifically the proteins are GAD65 (glutamic acid decarboxylase).

This research, called DIAGNODE, and detailed in the journal New England Journal of Medicine, has focused precisely on this phenomenon, and has based its action on the injection of the known drug GAD-alum directly into the groin ganglia of patients, rather than focusing on invasive injection under the skin. The purpose of the test has been precisely to determine whether this variation of treatment contributes to a more tolerant immune response with the human body’s own GAP proteins.

Results after the test

“The results so far are very exciting”

Although it is still a short-range investigation, with a reaction study in six patients newly diagnosed with type 1 diabetes, the results are more than hopeful and open a new path on the way to the treatment and creation of insulin in patients with this pathology.

These four graphs show the comparative evolution in time after the test in the fasting peptide C and after a test of mixed tolerance of food (Figure 1), the decrease in glycosylated hemiglobine level in time (Figure 2), the evolution in insulin requirement (Figure 3) and the AUC normalized C-peptide in Patients in the DIAGNODE-1 trial (Figure 4).

According to the study’s own researcher, Johnny Ludvigsson, the results are promising …

“The results for these six patients are very promising: Type 1 diabetes usually progresses gradually as the patient loses the ability to produce insulin, but this has not happened in these patients. to more patients before we can say anything about the effectiveness of the treatment, but the results so far are very exciting.”

In the cases analyzed, it was observed that the long-term blood glucose levels and the individual insulin requirements of the patients were significantly reduced, in addition to that their natural levels of insulin production remained constant, without descending gradually as it is normal.

“If these results are confirmed when more patients are studied, it would be a very important advance.” The way that type 1 diabetes progresses differs among individuals for many reasons and this means that it is not necessary to find a treatment that has excellent effects for all Even if it only helps half of the patients, this would be a big step forward “

Although we will be waiting for the research to continue and the trials are extended to the analysis of a larger number of affected, this news is certainly a promising advance in patients with type 1 diabetes.

In recent times there are many scientific advances that try to fight against this type of pathology and try to normalize as far as possible the symptoms, treatments and effects derived from this disease.
Little by little, there are many advantages that are becoming palpable, although undoubtedly, trials of this type are those that can truly find a visible improvement in the treatment of type 1 diabetes.

Until that time comes, it is imperative that those affected with diabetes follow a sensible diet and participate in the benefits that can give them a correct dietary guidelines and in accordance with their pathology. Do not hesitate to take a look at some of our post where we talk about the scientifically proven benefits of low carbohydrate diets in patients with diabetes (I) and (II), and not forget that exercise is the vital key to prevent and keep our glucose and our health at bay.