You are here HomeHealthBeta alanine: Everything you need to know about its supplementation and performance improvement

In this article we will try another quite common and well-known supplement, such as beta alanine.

What is it? Is it an effective supplement? For what exercise is it intended? What does science say about it?

Relationship between beta alanine and carnosine

Beta alanine is a non-essential amino acid synthesized in the liver that can be ingested through the diet, especially in sources of animal origin, in particular white and red meat , or supplements, having received great interest due to its direct relationship with the synthesis of carnosine. 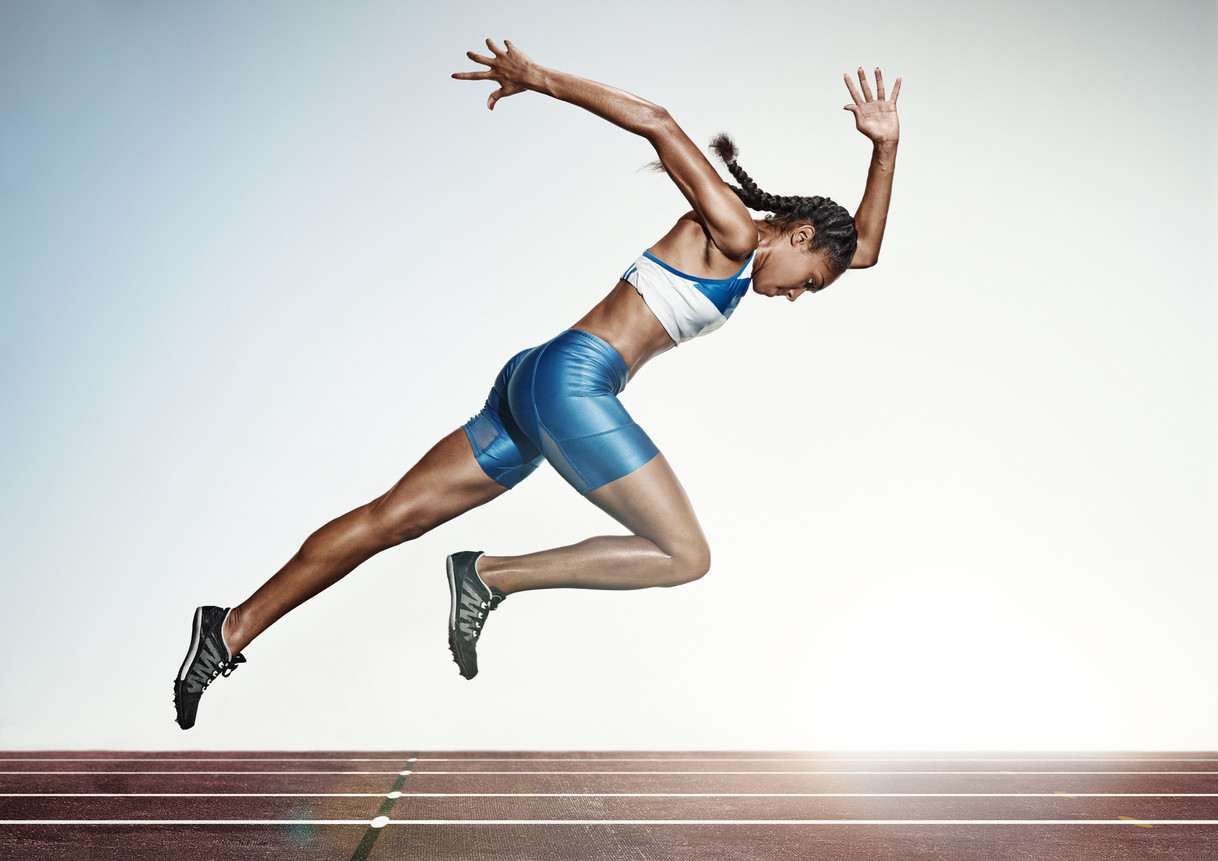 Carnosine is a dipeptide, composed of the amino acids beta alanine and histidine, the organism not being able to directly absorb carnosine from the bloodstream.

The most important function of carnosine in the body is that related to the regulation of pH , acting carnosine, together with phosphocreatine, as an important buffer at the intracellular level .

At the muscular level, in addition to this function, another important function has been attributed to the activation of myosin ATPase , which plays a fundamental role in the maintenance of ATP reserves.

Reminder: adenosine triphosphate, better known by its acronym ATP , is a molecule used by all living organisms to provide energy in chemical reactions, being the main source of energy for most cellular functions.

In turn, the muscle carnosine has been attributed a positive effect when it comes to increasing the sensitivity of calcium in muscle fibers , increasing strength while reducing the rate of fatigue during muscle activity, as a result of improvements in muscle fiber. the processes of excitation-contraction.

These are its most important functions related to muscle and that influence exercise, although it should be noted that carnosine also has other functions that we will not enter in this article (for example, as a neurotransmitter and neuroprotector, among others).

Therefore, the supposed effects of carnosine have aroused interest in this dipeptide in recent years due to its potential ergogenic and therapeutic benefits.

In summary, due to its abundance in skeletal muscle, it has been suggested that carnosine plays an important role during exercise , with a key physiological role, as we have said, in the intracellular acid-base regulation, as well as in the protection against oxidative damage and regulation of calcium sensitivity, among others.

Average concentrations of carnosine are higher in men than in women , and this is due to the hormonal environment, having been proposed that anabolic androgenic (male) hormones could raise muscle carnosine concentrations.

For example, it has been found that the concentrations of carnosine in skeletal muscle in sprinters are greater than those recorded in marathon runners and in sedentary population.

As indicated above, the synthesis of carnosine in skeletal muscle would be limited by the availability of beta-alanine in the diet , with the dietary contribution of this amino acid being a factor that directly influences the concentrations of muscle carnosine.

Thus, given that the main sources of this amino acid are animals , it is not uncommon for muscle carnosine concentrations to be significantly lower in vegetarians than in people who follow an omnivorous diet.

As we have commented, the speed limiting factor of carnosine muscle synthesis is the availability of beta alanine in the diet, and it has been shown that supplements with this amino acid increase the carnosine concentrations of skeletal muscle in both upper and lower limbs. .

This has led to research on the effects of beta alanine supplementation, and thus increased concentration of muscle carnosine, on capacity and performancewithin a variety of exercises (especially high intensity exercise) and populations.

And here I want to give three key points before continuing so that everything is clear and we do not get lost:

Well, let’s continue. Two current scientific reviews (published in 2016) on beta alanine supplementation have confirmed that yes, that this supplement is effective in improving exercise capacity and performance.

In one of these reviews , which included 23 studies between 2005 and 2015, it was concluded that current evidence indicates that supplementation with beta-alanine leads to improvements in perceived effort and biochemical parameters related to muscle fatigue , particularly in protocols that They use 4.5 to 6.4 grams per day of beta alanine for four weeks.

In addition, it was reported that beta alanine appears to improve exercise performance, especially in non-athletes , although it was suggested that the heterogeneity of the protocols and the scarcity of data on women suggest the need for more studies.

In another systematic review and recent meta-analysis that included 40 studies with 1461 participants, it was concluded that there was a general ergogenic effect of beta-alanine supplementation during exercise, with exercise duration being the most affected factor (exercise capacity).

Going into more detail, it was reported that the exercise of a duration of 30 seconds to ten minutes, especially the exercise located between one and four minutes , is the most benefited with beta alanine supplementation, while in the very short exercise duration (less than 30 seconds) clearly no benefit occurs.

Coinciding with the first review commented, this review also showed that the effect of beta alanine in trained individuals is lower than in untrained individuals , while the isolated exercise of limbs and whole body was equally benefited with this supplement.

These data allow people to make more informed decisions about the likelihood of an ergogenic effect with beta-alanine supplementation depending on the exercise modality chosen and the population (trained or untrained).

Supplementation of beta alanine with other supplements may be more advantageous

The greater efficacy of beta alanine supplementation occurs in medium intensity and high intensity exercises, especially exercises lasting between one and four minutes.

The aforementioned review studies also showed that co-supplementation (joint supplementation) of beta alanine and sodium bicarbonate , to increase the buffering capacity both intracellular and extracellular, produces additional improvements over beta-alanine alone in this type of exercises.

In turn, the joint supplementation of beta alanine and creatine has also been shown to favor a greater volume of training in this type of exercise, although more should be investigated.

Positioning of the International Society of Sports Nutrition: the key points

Supplement of group A according to the Australian Institute of Sports

This classification was based on a risk-benefit analysis of each product carried out by a group of experts in medicine and sports nutrition.

Well, according to scientific evidence, said institution places beta alanine in group A , which means that it is an approved and scientifically evaluated supplement and whose benefit has been proven when used in accordance with a specific protocol in a sporting situation specific.