Drunkorexia is the non-medical term that refers to a new trend that is growing more and more especially among college students. It mainly describes a combination of alcohol with behaviors related to food restriction, excessive exercise or binge eating and purging.

It is a complex pattern of behavior related to drinking that takes place before, during and after an event in which alcohol is going to be consumed. Professor Dipali V. Rinker is one of the principal investigators of this new trend, it belongs to the department of psychology at the University of Houston. 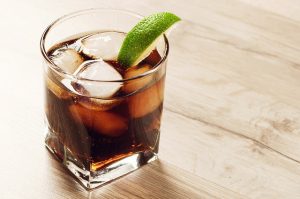 Restricting calories to get a higher state of intoxication

The main objective of young people suffering from drunkorexia is to achieve a state of drunkenness faster than usual, previously restricting a caloric intake before and after a festive event, thus causing alcohol to reach the bloodstream earlier.

Rinker presented this research at the 39th Annual Meeting of the Research Society on Alcoholism in New Orleans from June 25-29, 2016. Potential results may include less inhibition that could lead to more negative consequences related to alcohol.

Restricting caloric intake prior to high alcohol intake can lead to a number of problems, including the depletion of vitamins and minerals in the body that can then lead to different health problems.

In addition, this fashion can then lead to other eating disorders such as bulimia, anorexia or excessive exercise that can lead to serious problems for the body. In addition to the amount or frequency of alcohol consumption, the way in which students in this study drink, increases the risk of having other more serious eating disorders.

Drinking alcohol is not good, but if it also affects our eating behavior, it is more serious, so it is interesting to be aware of this and, as much as possible, to live in a healthy way by exercising daily and maintaining a healthy diet.