You are here HomeGeneralThe very picturesque bridge at Clifton.

One of the most picturesque bridges in the country is that of the Clifton Suspension bridge Spanning the Avon Gorge it dominates the skyline and still forms part of the B road that follows it. It was originally designed by Isambard Kingdom Brunel but he was not the man to finish it. The final design and construction was overseen by William Henry Barlow and John Hawkshaw. It was little changed from Brunel’s design but the towers are certainly not what he intended. 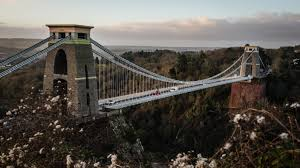 Previous bridges had been built out of stone and even featured shops and dwellings. Due to the increase in the traffic in the 1600’s onwards it became too dangerous to use and there was definitely a need for a new purpose built bridge just for traffic. At least those living on the original bridge did not need to be concerned about the Blocked Drains Bristol had to worry about. At least now if you have a problem AMS Drains can help fix blocked drains in Bristol and the surrounding area. 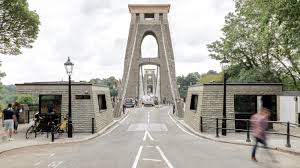 There was no way that a central column was going to be put in so the bridge was to have the suspension design that we see today. The rough towers were not the original plan. Brunei wanted something Egyptian but when Barlow and Hawkshaw came to complete the project after his death this idea was scrapped for the towers we have today. It is currently a grade one listed building and still very much in use hundreds of years after it’s construction.