It is no secret that there is a shortage of housing in the UK. Land to build on can be very expensive and also can be quite difficult to come by. But some land is easier to find and cheaper – and one of these land types is brownfield land.

This is land that has previously been used for industrial reasons, such as the site of a former factory, or a petrol station for example. People looking to build a home, as well as housing developers looking to build several new homes have recently been seeing the advantages of using brownfield land to build on.

As well as being cheaper, it is usually easier to obtain planning permission for developments on brownfield land, as it has already been developed in the past. It is also usually closer to already established things such as traffic links and community hubs such as schools and shops, which makes it an attractive prospect. 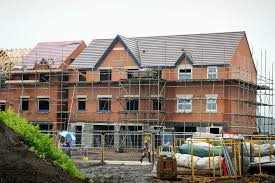 When developing brownfield land however there are some things that you will need to look out for. Because of the sites previous use, it is essential that you find a company such as https://soilfix.co.uk/services/groundwater-soil-remediation-services who offer soil remediation services before any building work begins.

This will ensure that the land is not contaminated and is not only safe to build on but in the long run is safe to live on as well.