You are here HomeGeneralStylish Celebs

Fashion doesn’t have to be just for women and there are some very dapper men out there right now. In the celebrity world, you can find anything from trendsetting teens to elegant old gentlemen, showing that being well groomed, suited and booted is just as important for men of all ages. Let’s take a look at some of the best dressed men from the world of the rich and famous.

Tinie Tempah is a great example of how a mix of styles can really work for someone. He is a very snappy dresser and mixes traditional, formal wear with a laid back street style that shouldn’t work but just does. He is very creative in his dress sense and takes risks with his look but always manages to pull it off.

Prince Harry manages to shrug off the stuffy, old fashioned royal look and manages to retain an air of cool no matter what he wears. He has a contagious passion for life that appeals to both young and old and even when wearing a suit, he has the ability to look more James Bond than James I. 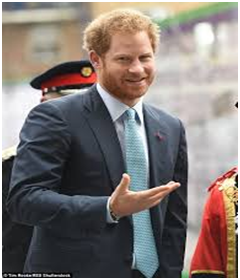 Dermot O’Leary is another extremely snappy dresser who has the ability to carry off both the formal and casual look. He is often seen presenting on TV either in a perfectly tailored suit or jeans and a sweatshirt and looks equally comfortable in both. For Mens Designer Jackets, visit http://ejmenswear.com/.

Politicians are not generally considered at the forefront of fashion but one exception to this rule is Labour’s Chuka Umunna. He always looks totally faultless in a sharp suit which are normally bespoke and made on Savile Row. Maybe as a politician he is hoping that we will be so dazzled by immaculate appearance that we won’t care what he says!

Michael Fassbender is a very smart dresser and knows how to carry off the casual tee shirt, jeans and leather jacket look almost as good as James Dean did. He is a class act on and off the big screen.

You won’t find a much better example of British menswear than on Lewis Hamilton. He clearly has a passion for fashion and likes to experiment with new styles and brings the media’s attention to new British designer labels. Out of the racing suits, he is one cool guy.

Idris Elba just epitomizes cool confidence and can look amazing in a tux or in jeans. Another actor who carries the same air of elegant style so effortlessly is Benedict Cumberbatch. He has the ability to look classically red carpet but with a modern edge. He represents that wonderful, suave and sophisticated British appeal.

David Beckham is a true icon of British menswear. He seems to exude style as well as great football skills and it’s no wonder when he’s married to a former pop star turned fashion designer. He is very diverse in his styles and looks equally comfortable in casual and formal wear.