You are here HomeGeneralLily of the desert

Aloe is one of the oldest mentioned plants in the world. The Ancient Egyptians and Chinese used it to treat burns, wounds and fever. Historically, it had great importance and it has been said that Alexander the Great conquered lands off the coast of Africa, purely to secure supplies of the plant in order to treat wounded soldiers. After the fall of the Atom bomb in Japan in 1944, aloe was used to alleviate the awful burns caused. It’s use goes back so far in human history that it was even mentioned on Sumerian tablet dating from 2100 BC.

The ancient people of this era were well aware of the cleansing nature of aloe in the intestines and illnesses at this time were thought to be demonic possessions of the body. Only such a divine plant had the powers to exorcise these demons.

There are around 400 species of Aloe but the true plant that has most healing properties is the Aloe Barbadensis Miller. Fully grown it can stand 60-90 cm tall and a mature leaf 7-10 cm across. Aloe is mentioned in the Bible and in an Egyptian papyrus dated 1500 BC. The papyrus detailed different formulas mixing aloe with other ingredients for various health benefits. The plant was originally native to North Africa but has since been transported around the globe thanks to his adaptability.

The plant features widely in the cultures and folklore of Japan, the Philippines and Hawaii. The Spanish used aloe and carried it with them to their new colonies in South America and the Caribbean. The Sanskrit name for the plant is kumari which means ‘princess’.

The Romans followed in the path of the Greeks and Egyptians and used the healing powers of the plant also. During the reign of Nero in 50 BC, the physician Dioscorides traveled widely in search of new medication. He describes aloe, in one of his works, as his favourite healing plant and recommended the aloe vera juice for skin conditions and gastrointestinal issues. For more information see http://gofitnesslifestyle.com/. 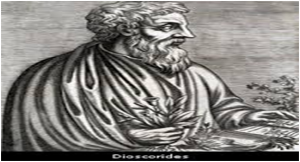 When Christopher Columbus discovered the New World, he did so carrying aloe vera plant pots on his armada. During the 1500’s, Spanish monks harvested the plant and grew it in areas where it had not yet been cultivated. The Mayan’s called it the ‘Fountain of Youth’.

In China, aloe has been an important part of life since the time of Marco Polo. It was referred to as the ‘method of harmony’ and was used greatly in everyday life. In Japan it was known as the ‘royal plant’ and the aloe vera juice was drunk as an elixir and used by the Samurai.

During the 16th century, Indian tribes used aloe as one of the 16 holy plants that were worshipped with God-like status. The gel also worked as an insect repellent, protecting them on marches through swampy areas.

Aloe vera has a rich history and has been used and praised by almost every civilisation on earth. It’s medicinal properties are widely documented and can be applied for many ailments.