In September 2015, guests at the Annual Rwandan Gorilla Naming Ceremony would be forgiven for thinking they had walked onto the set of a Planet of the Apes movie. In a direct imitation of traditional Rwandan naming ceremonies, a group of actors donned gorilla suits to celebrate the naming of all the newborn mountain gorillas in Rwanda. Successful gorilla conservation in Rwanda is the real story behind this event. 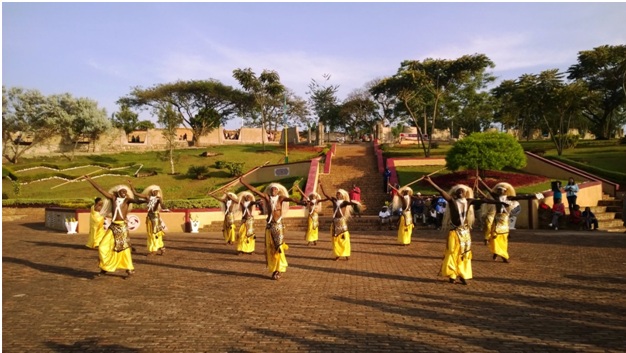 In the year up to the annual naming event, 24 mountain gorillas had been born; however, in lieu of their attendance, actors dressed up as gorillas and imitated their behaviour. Following the actors’ display, 24 guests from around the world − one for each baby − came forward wearing beaded necklaces, green sashes and carrying traditional beaded sticks. Names were given in the local Kinyarwanda language, with the translations including Ornament, Wish, Curious, Power, Courage, Famous, Thank You, Battle, Conviviality, Let Us Prosper, and Leader.

The event was watched by a huge number of locals, diplomats and even the president of Rwanda, Paul Kagame. Gorillas have become synonymous with Rwanda, with the country setting a benchmark for mountain gorilla conservation and working hard to pull the species out of its endangered classification.

Gorilla trekking with ecotourism travel companies such as steppestravel.co.uk are an increasingly popular choice for those who want to do something a little different in Rwanda. These gorilla trekking experience tours offer a real chance to see the gorillas’ habitat, to watch their everyday behaviour and also to understand the conservation progress.

According to President Kagame, the increased tourism bought in by the country’s gorilla population has helped to build 57 primary schools and assist with hundreds of projects, including new health centres, sanitation, bridges, roads and other vital infrastructure. Poaching, once a large scale problem in the country, has been all but wiped out, with a programme in place that helps to turn poachers’ lives around by training them up to become farmers.

The local mountain gorilla population in Rwanda is now thought be somewhere between 300 and 500, with increasing births occurring year on year. This tourism-friendly country is set to become ever more prosperous as a result of its important conservation practices and harmony with nature.