You are here HomeGeneralCleaner Fish

Cleaner fish play an important role in marine life. They are (just as the name suggests) responsible for cleaning dead skin and external parasites from larger fish, thus keep those fish healthy. 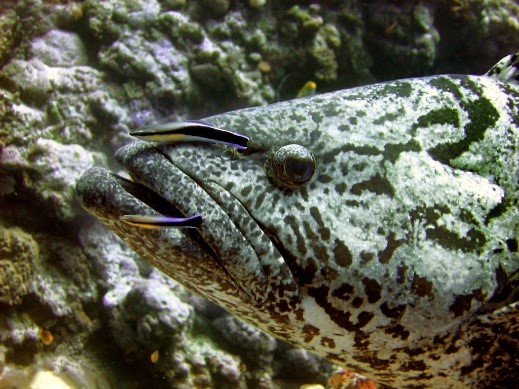 The most well known cleaner fish are those seen in the picture above. They are called Cleaner Wrasses (Labroides dimidiatus) and are found in the Indian Ocean and Pacific Ocean on the coral reefs. These fish have beautiful vivid blue stripes along their backs and are responsible for cleaning a large variety of fish.

Now they wouldn’t be any use to a Carpet Cleaning Gloucester business such as https://www.clean-able.co.uk but they are equally industrious. These fish set up ‘cleaning stations’ where larger fish will gather and congregate in a marine queue waiting for their turn.

Although this may seem like a fish with completely selfless motivations they do have a particular reason for wanting to clean other fish – Food! The cleaner fish feed off the parasites that live on the skin of other fish, but they also feed off mucus and tissue from the fish themselves. This is a very delicate balancing act between eating enough to sustain themselves whilst not too aggressively cleaning a larger fish that may turn on them. 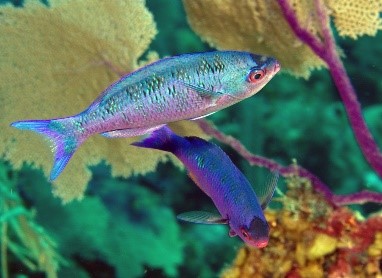 The Wrasses provide an important service to whole of the reef areas keeping it and the local ecosystem and fish healthy. However, these helpful little cleaners are themselves at risk.

Not only do the Wrasses clean fish deep in the ocean but they are also responsible for cleaning farmed salmon. By use this biological method the farmers can avoid using powerful pesticides and can then class their fish as organically breed. However, in order to do this the farmers have to fish for the Wrasses themselves. The BBC reported that farmed salmon had increased over 45 years from 0 to 150,000 tonnes per year in Scottish water alone.

A study undertaken by a research team in Norway found that the number of Wrasses located on areas that weren’t farmed were 65% higher than those that were. This shows that fishing is reducing the population leaves if these fish in their natural environment. The researchers predict that there will be a population crash for these little workers and the Norwegian Government are working to look at new rules restricting the quantity if wrasse that can be fished and outlawing harvesting in some areas.

The UK have reacted proactively to this and Salmon farmers can purchase Wrasse from cleaner fish breeders thereby not depleting the natural population even more.

More studies are planned for the near future to keep an eye on the numbers of these all-important cleaners of the sea.