A stem cell clinical trial which went horribly wrong has left three women unable to see. The procedure, which required participants to pay $5,000 each, has been branded by experts as being off the charts in terms of danger. 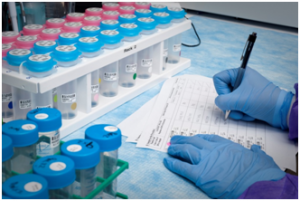 The New England Journal of Medicine reported on the study and described complications ranging from bleeding, damaged retinas and vision loss in patients, who varied in age between 72 and 88 years. University of Miami, associate professor of clinical ophthalmology, Thomas Albini, who treated the patients once complications arose, has said the three women, now completely blind, are not likely to recover their sight.

Unfortunately, investigations suggest that the clinical trials did not meet the most basic requirements of such research and was not actually even based upon solid scientific knowledge.

All three women had macular degeneration, a common condition in older individuals, which causes symptoms such as loss of central vision.

The trial involved the combination of enzymes and fatty tissue from the abdomen of the patient, from which adipose-derived stem cells were obtained. These were then mixed with platelet rich blood plasma and injected into both eyes of the participants. Ordinarily, an experimental procedure involving the eye would be tested on one eye only, just in case something were to go wrong. This is obviously a major failing of the study.

Another big failing was the fact that those taking part in the study were unaware it was a clinical trial. There was no mention of the trial on any of the paperwork given to them prior to the procedure and it was not mentioned on the consent form. It is also not usual for individuals to have to pay to take part in clinical trials. 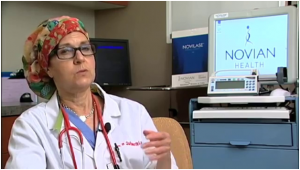 The complications may have arisen as a result of a number of factors. One being the shoddy stem cell preparation. Stem cells were also quite likely to have developed into a cell type associated with scarring, myofibroblasts.

The story has prompted warnings surrounding the importance of using professional clinical trial services, such as http://www.richmondpharmacology.com/adaptive-phase-i-studies.php for adaptive phase 1 studies.

In this case, no laboratory experiments preceded the trial and there was no comparison between the patients treated and a separate control group. The data collection was also found to be lacking.