With amazing schools, great transport links, and a bustling, friendly atmosphere, Bromley is proving to be one of the coolest towns in London. It’s even been named as one of London’s ‘best places to live’ by residents. But what makes Bromley so cool?

You didn’t know this about Bromley:

Bromley is found in the southeast of London, close to the border with Kent, and is the largest of London’s 32 individual boroughs. It was home to the original Crystal Palace structure which housed the Great Exhibition in 1851 after it was moved from Hyde Park, and also has the oldest football team in London.

Thinking about moving to Bromley?

Bromley has seen a huge surge in residents moving to the area in the last few years, thanks in part to a quality of life which is a far cry from the hustle of other London boroughs. It is also home to a diverse property market which offers much better value than you’ll find in central London. There are a great variety of housing options, from Victorian terraces to modern flats, with options to suit first time buyers or families looking for more space. Thanks to its smaller community feel, there are also many independent estate agents and conveyancing solicitors Bromley, such as Sam Conveyancing, who can use their local knowledge to make the moving process as straightforward as possible. But if you’re not sure Bromley is for you, here are five reasons why Bromley is on the up and up: 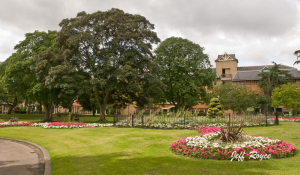 2. Easy transport: It’s very easy to get into central London from Bromley, and with the planned extension of the Elizabeth and Bakerloo train lines reported by the BBC, connections to Bromley look as though they’ll be even better in the future. So if you work in central London, but don’t fancy the big city house prices, Bromley is very easily commutable. It’s also very simple to head into Kent from Bromley, so day trips to Dover are a definite option in the summer. 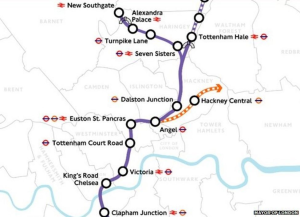 3. The revamped town centre: Bromley’s town centre has undergone serious rejuvenation recently, including the addition of the brand new Glades Shopping outlet. There are also plenty of off the high street options too, including the historic Charter Market, which sells artisan craft goods, including food, drink, clothes, jewellery, and homewares.

4. A buzzing food scene: Bromley is home to a fantastic range of coffee shops, cafes, restaurants, and friendly pubs contributing to the lively, small town atmosphere.

5. It’s great for history: Bromley is an absolute haven for history lovers. Crofton Roman Villas offers a glimpse of life during the Roman era, while Down House lets you see into the world of one of Victorian England’s most famous thinkers, Charles Darwin, who wrote ‘On The Origin of Species’ there.

So whether you’re planning a move or a day trip, Bromley should be top of your list for cool places to visit.