At this point, in full 2018, few could think that the notepad of Windows, Notepad, would be updated in such an important way. After many years in which you have only supported text documents with Windows end-of-line characters, now think of compatibility and introduce support for line terminations of Unix / Linux (LF) and Macintosh (CR).

The update was announced yesterday in a Microsoft blog dedicated to developers and has begun to arrive with the current version of Windows 10 for members of the Insider program . For what is already being used.

A great annoyance suffered, mainly, by developers, IT professionals and administrators disappears

Hence, we hope to see it deployed in final versions of the system with the next big update, Redstone 5 , which is planned for this year. 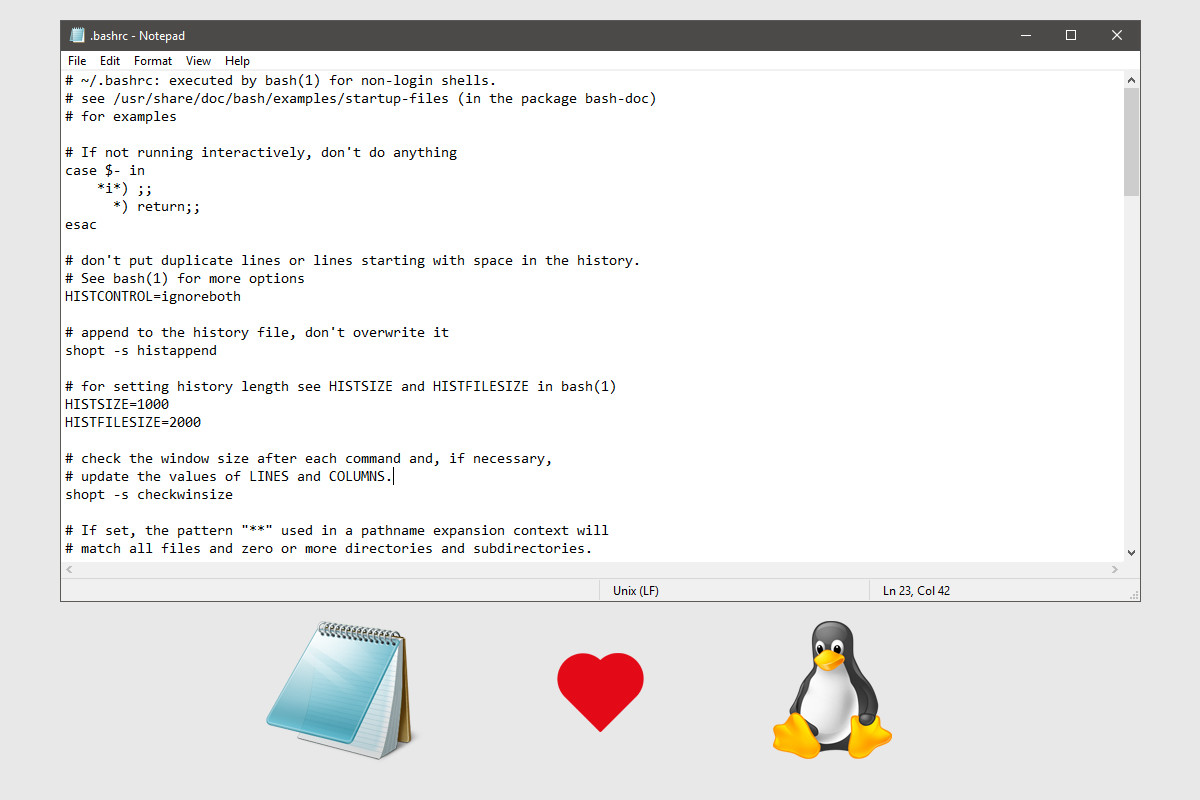 A before and after in Notepad

Before the update, the Windows notepad thus showed the contents of a Linux .bashrc text file, which only contains Unix LF EOL characters. (Microsoft)

This announcement means that the inability to correctly display the contents of text files created in Unix, Linux and macOS will be a thing of the past in the notebook.

Goodbye to a great annoyance suffered, mainly, by developers, IT professionals and administrators. Because Notepad, despite being a simple application, is preferred by many . Its lack of complexity is the biggest advantage.

The new files that are created in the notebook will use the Windows line termination (CRLF) by default, but with the support introduced it will be possible to view, edit and print existing files, maintaining correctly the current line termination format of the archive. Whether it is Unix / Linux, as usual, as if it is Macintosh.

In spite of everything, if someone does not want to enjoy this support, Microsoft points out that certain registry keys can be changed so that Windows Notepad maintains its traditional behavior.