You are here HomeTechnology NewsWhat is ArcaOS and what can it contribute to the software world?

A year ago we talked about the return to the forefront of OS / 2 WARP, the operating system of IBM with which they tried to deal with Microsoft and Windows. For a time it was sold as the ideal system for companies, through an alliance between Microsoft and the computer manufacturer that was more a marriage of convenience than anything else. 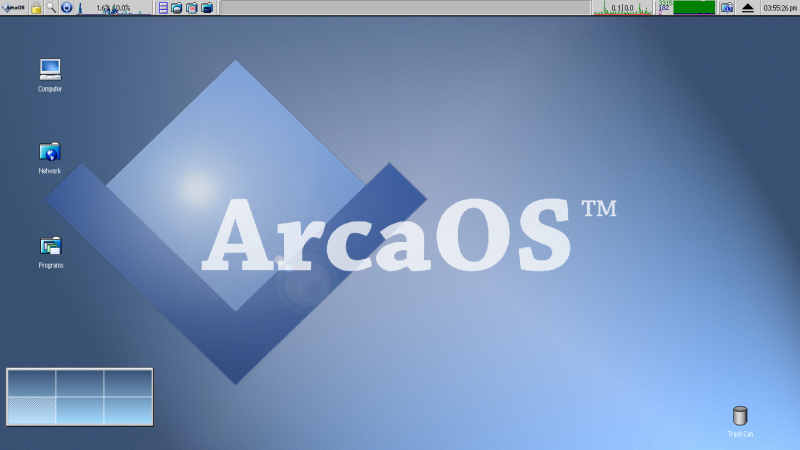 Today this resurgence of this system has materialized through ArcaOS, which leads us to a more up-to-date version of the operating system of IBM in which OS / 2 WARP shares space with the open source philosophy. In this article we will try to answer a few key questions about this “reborn” system.

What exactly is ArcaOS?

As we have learned this morning, and as we have already commented at the beginning of the article, ArcaOS 5.0 is an attempt to return OS / 2 WARP to its glory days. For this, comes a system for x86 architectures and drivers for peripherals such as network drivers, USB devices, graphics cards and drivers for mouse and keyboard.

In the style of many modern operating systems, ArcaOS also comes with a graphical installer of the system, as well as a series of open source utilities such as Samba, Qt libraries and key programs for daily work such as Mozilla Firefox or Apache OpenOffice.

Where did the idea of ​​ArcaOS come from and what is its proposal?

As discussed in this article , the idea arises from the conviction that, technically, OS / 2 WARP was superior to Windows. And as has happened in this case, has happened on many other occasions ( vinyl vs. CD, Beta vs VHS, the list is endless). The case of the IBM operating system is just one more.

What ArcaOS is, to define it in some way, is a labor of love. A group of OS / 2 WARP enthusiasts has created it to resuscitate the IBM project and introduce it into the 21st century, and from there try to make it known and as widely disseminated as possible. However, it will not be easy.

What can ArcaOS contribute in 2017 and to whom is it aimed?

This has crossed my mind several times while I was documenting to write the article. OS / 2 WARP disappeared in 2005, although initiatives such as eComstation tried to continue maintaining its legacy. Now, ArcaOS arrives to try to compete in a very hostile environment.

Taking into account that in the current times Windows is the king of desktop systems, and that ArcaOS is developed by a capable team that does not have the financial support that Microsoft does have behind, their chances of growth are very remote.

Also, a year ago there was talk of limited hardware support. According to the website of the company, this has been corrected enough (for example, it already supports USB 3.0 and WiFi cards), although the partition tables in the disks in which it is installed must be MBR.

On the web itself, it can be read that most chipsets on the motherboards should be compatible, although they recommend the use of NVIDIA. As for graphics cards, most should work with the Panorama driver. When installing it, if it is going to be done on a computer with UEFI, it is recommended that they have the CSM module implemented correctly.

With all this panorama, and taking into account that, apparently, the system only works with OS / 2 WARP packages, it is difficult for it to contribute something to others that are not corporate users accustomed to the IBM operating system. The system is clearly aimed at companies that still work with OS / 2, so that they can continue to do so and be minimally updated.

Can I try ArcaOS on my computer?

It depends. Do you have the money? For the whim of trying ArcaOS (and according to your price list) you will have to pay $129 for the personal version ($ 239 in the case of the commercial). On its website, for now, there is not even a way to test it in a virtual machine for a certain period of time.

The proposal is very brave, the effort is commendable and want to resuscitate OS / 2 WARP under another name and more updated to modern machines is fine, but the operating systems segment has too many more popular alternatives that are already used in environments personal and commercial.

It should also be borne in mind that the three major names of operating systems (Windows, macOS and GNU / Linux) are, in general, much more prepared to meet the needs of their users. And yet, surely there is a nostalgic factor that ArcaOS can appeal to quite successfully (if they know how to do it).

In any case, and as we have seen in other areas, retro is fashionable. Perhaps ArcaOS can, as we have said, have the favor of lovers of vintage to survive.