The father of the World Wide Web does not like what the Internet is becoming. Tim Berners-Lee has taken advantage of the fact that this weekend marks the twenty-eighth anniversary of the day he presented his proposal for a global network, to publish an article explaining the challenges of the web according to the vision with which who created it. 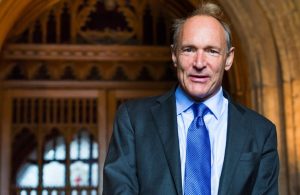 In his article, Berners-Lee is very concerned about three trends that he believes need to be fought. The most important of these is the proliferation of false news, for which he points out that Internet giants such as Facebook and Google are the ones who should lead the fightagainst them, even if pushed by the pressure of users.

“It’s too easy for misinformation to spread on the web,” writes Tim Berners-Lee. He believes that through their algorithms, social networks and major search engines give priority to the content they believe we are going to click on, regardless of whether it is directly false or false. “Through the science of data and armies of bots, those with bad intentions can deceive the system to spread misinformation and obtain financial or political benefits.”

The solution, according to the creator of the World Wide Web, is for users to put pressure on misinformation by encouraging large companies such as Google and Facebook to continue to combat the problem. He also points out that it is important to avoid the creation of central organs that decide what is “true” or not.

It is logical that Berners-Lee mentions Facebook and Google, since as the most used social network and search engine in the world, their responsibility is enormous when it comes to showing us correct and verified information. It also indicates that it is important that we are all aware of how we decide what news is true or false through transparency in the algorithms.

Both companies started their battle against false news last year. Google modified its algorithm, while Facebook has been taking different steps such as informing us that a news item could be false, reformulating its trending topics sacrificing personal tastes for truthfulness, or manipulating its news feed so that false and sensationalists do not see each other so much.

The other problems of the web

Apart from the false news, Berners-Lee has also mentioned two other problems that he considers important. The first is that of having lost control over our personal data, and that of the long and confusing terms and conditions that users have to accept in order to register and access for free to several pages and social networks.

Governments are also making, as Wikileaks reminded us a few days ago, massive unauthorized compilations of personal data or passing laws that seriously violate our privacy. All this, according to the father of the web, creates a chilling effect on freedom of expression, and prevents the web from being used as a space to explore important topics, such as those related to health, sexuality or religion.

And the third big problem is the lack of transparency in online political campaigns . As our data can have, politicians can afford not to launch a single message, but to launch campaigns designed to convince different types of people. Berners-Lee describes these actions as unethical, since with them politicians can say totally different things depending on who they want to hear them.

Their methods to combat these evils are to give people control over their data, use subscription systems and micropayments so that advertising is not necessary, create legislation for political campaigns or take to the courts the abuses of governments. The father of the web is aware that these are not problems that will be solved overnight, and ensures that he will continue to fight to defend a more open and plural web.