You are here HomeTechnology NewsLiquid nitrogen overclocking puts 5.7GHz at the most affordable Intel Core i9, shreds records at Cinebench

The practical usefulness of extreme overclocking is practically zero, they are curious experiences of contemplation and help us to know limits. The reality is that the methods used usually involve enough risks and are not ideal to leave a team mounted in our room a season. 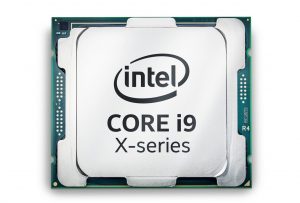 We did not stop too much on these issues, but we are curious that they have achieved a record with an Intel Core X processor of those just presented, still not sold. More curious is to see that they get it with an intermediate model of the new range.

When Intel showed us its innovations in the Computex 2017, we quickly set eyes on the processor with 18 cores in the Skylake-X series. But for price and performance it seems that the most interesting point is in the entry step, the Core i9-7900X and its ten cores.

This is the processor they have taken to squeeze to the max with overclocking, a model that with Turbo Boost Max can be placed ‘factory’ at 4.5GHz. Well, a specialist in the field known as Elmor, has risen that speed up to 5.7GHz (5.755MHz).

It has done so using a cooling system based on LN2 (liquid nitrogen). The set of components used part of an ASUS Rampage V1 Apex X299 motherboard, with G.Skill DDR4 memory and an ASUS GeForce GTX 1080 Ti Strix graphics.

This speed allowed him to break into pieces the Cinebench R15 benchmark, reaching 3181 points. It should be noted that Elmor, with the same system, placed the AMD Ryzen 7 1800S at 5.8GHz, achieving a score in the same benchmark of 2,454 points.

This new 10-core Intel (20-core) processor goes on sale this summer at a price of $ 999, which is no joke to get us to play with its speeds at this level.