Google has just released the beta of a new YouTube-derived application. It’s called YouTube Go, and its rationale is to allow you to download YouTube videos for offline viewing. This will allow you, for example, to download them at home with your WiFi and then see them on a trip without having to spend data on your mobile rate. 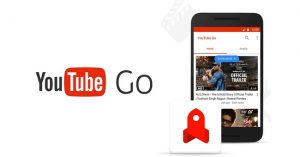 The idea is good, and of course it is a function that many users will appreciate. But there is a problem, and is that Google is starting to accumulate too many applications called YouTube. So, we asked if YouTube Go was what YouTube needed , or if it is destined to an eternal background like so many others that it has been launching in recent months.

To get these conclusions we will review the problem of accumulation that Google suffers with some of its services, although marking the differences between messaging and YouTube. We will also talk about the reasons for and against having launched this new application with the features it has.

Google has an accumulation problem

Admittedly, Google has a problem with its tendency to accumulate applications that are too similar to each other, and it’s not just YouTube. For example, in their messaging section we find Hangouts, Google Duo and Google Allo, and have had to make the decision to sacrifice Hangouts and take it to the professional level so as not to confuse users.

All these applications have quite different and specific functions, so here the problem is not as pronounced as on the messaging platforms. Network is a paid service in exchange for access to exclusive content, Gaming is a streaming platform and now Go is a tool to download videos from the main network.

The problem is in the nomenclature, in which all are called “YouTube something”, and this can confuse enough users of foot, those who do not enter to find out in specialized media and all they see is a Huge accumulation of YouTube applications without knowing well which is which.

Therefore, although the problem is not exactly the same as with messaging applications, the solution itself could be similar. We should start putting some order in these nomenclatures, either by removing some applications or unifying them in some way.

And just when they have opened YouTube Go betas have taken the first step in this ballast drop direction. And is that tonight we have known that the teams behind Google Play Music and YouTube Music are going to combine, two services that incidentally are also similar, which could give a fusion between applications. A YouTube less … or not.

First, and although I’ll tell you now why I have reservations about how they have implemented the download option, it should be made clear that being able to download YouTube videos was something that users were asking for . There are several online services that allow you to do so, a reflection that people are looking for this functionality.

Nor is it a new trend, since in recent months we have seen how music services like Spotify or series and movies like Netflix have been adding this function. Therefore, this move is almost imperative if YouTube wants to keep up with the rest of the competition and stop having a significant advantage.

After all, when we go on a long trip where we do not have to drive, many users like to take our downloaded multimedia content to consume without having to spend data. And including this option on YouTube is a way to retain your users and do not go to other platforms or opt for downloads outside of Google.

So, in that sense yes, YouTube needed YouTube Go to keep up, but I very much doubt that the perfect solution is to force users to download another application to be able to do so.

I refuse to believe that Google are not aware that they are increasingly loading more applications by default on Android, and that therefore forcing down further to complement them is something that can annoy many users. Therefore, I think the movement to economic reasons, the more applications you have the more desire to have more sources of income.

Google should have included this option in the main YouTube app instead of creating a separate app. It’s what most of the great services are doing with your applications, and you do not need to have a second app, you can simply take advantage of the one you already have installed on your device.

The official app that is already receiving live broadcasts or payments in the comments, meaning that it would not be new either to include one more function. And I do not think users will not understand how it works. It would be enough to put a slider like Spotify in each video, replacing or complementing the lists to continue playing at the end of the video.

So yes, YouTube Go presents functionality that YouTube has been needing for a long time. But I think they have run the idea of one of the worst possible ways, as they have done annoying users and forcing them to download yet another application. Still, do not forget it is still in beta, so you have to see what they include in the app so that it deserves a little more worth downloading.