Virtual reality seems one of those things that always says that is about to explode, but never just do it. However, consumers do not seem bored or disenchanted with the theme, but many expect the development of the same anxious to explore their potential. Specifically, what they are most eager to try when virtual reality becomes mainstream are virtual tours and other entertainment experiences.

Thus is revealed in a new survey of Advanced Imaging Society, where 69% of the participants, aged between 18 and 60 years, they said they were willing to try for themselves the virtual reality. As expected, the enthusiasm was even greater among younger and among those guys aficionados video games, but it was not unique to these audiences. 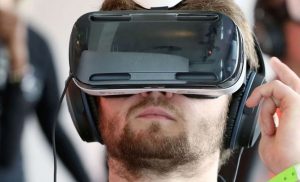 Thus, 73% of all men and 65% of all women said they had to win to try virtual reality experiences, and age, 72% of Millennials and 70% of Generation X assured the same, and they were just below the baby boomers, with 62%. In short, virtual reality seems, increasingly, something for everyone. On the other hand, two-thirds of respondents said they were more excited about the virtual reality of what were, at the time, with HDTV or 3D.

In addition, the enthusiasm among users who had already tried virtual reality was even higher, showing that deeper knowledge does not disappoint. 88% of these consumers said they were pleased with the benefits this technology reports, and in the case of gamers, 75% were passionate to feel “like they have super powers”.

Moreover, the aspects that contributed to the interest of all respondents in this technology were the ability to “explore sites” that could not travel otherwise (74%) and the chance to experience more deeply activities entertainment (68%).

A high price may be hindering the popularization of this technology

Despite the general interest of users, the study also remarked some of the potential obstacles to the popularization of virtual reality, as two-thirds of consumers think that the equipment is too expensive and half believed that helmets are too annoying .

And the main challenge of virtual reality is that it requires a change in behavior by the consumer that this might not be ready. Many consumers complain of having to put something in his head for so long, and are even more likely they see not buy a helmet, as it no longer wanted to buy the smart glasses, for example. In short, although the interest is high, one thing is try virtual reality for five minutes, and another thing to want to repeat over and over again or be willing to pay for it.

But by the companies themselves that opens an exciting horizon, and according to another report by Deloitte, more and more brands are trying to use virtual reality to both goals sales and marketing. Although commercially, these activities are still very minority.