It is a reality that the voice of consumers is now more relevant than ever.The power of the new consumer lies in their ability to express their views so that they can influence others, and when you are, become critical about bad experiences with certain brands, may end up giving originated from a real crisis of difficult reputation control and negative side effects.

Consumers know, and this is perhaps one of the few weapons available to them when some companies ignore their own complaints and reprimands when problems arise. Just take a look at the social profiles of some companies to check the volume of events that require solving a problem or a bad experience.

The departments of social media struggle daily against it having a difficult challenge to calm things down and offer solutions to those who through their messages and tweets show their nonconformity or discomfort with some of the products or services of companies that they represent. 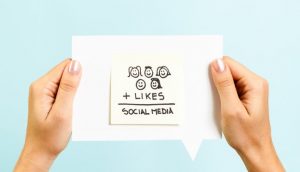 So … What happens when a consumer uses social networks against brands?

Sometimes even the discomfort is so great, that consumers themselves take the law into their own hands by putting their own smear campaign launched with the aim of showing to others, that such company has played a trick or ignores their problems, discouraging others who put their trust in it.

The process is already well underway since consumers discovered that the same channels, platforms and tools used by companies for positive messages can be used by themselves to damage the reputation of a brand.And though it may even something unattainable or exaggerated, the fact is that only a dissatisfied customer can start the battle and get put in check a large company on social networks.

A recent case in point is that of Hasan Syed, a consumer with Britsh Airways angry, that went beyond simple patter and simple criticism on social networks. He invested his own money in a campaign promoted tweets to publicize his views. Given that the minimum investment is 10,000 euros and that such campaigns are still not entirely well regarded by users, Syed got a good number of people to see and reiterate his message of anger and knew his experience. Literally put in check the airline.

British Airways had to make a move, but his first reaction alluding to his office hours (from 9h to 17h) did nothing but aggravate the situation.Something inconceivable in a hyper-connected world 24 hours a day, 7 days a week.

Managing online reputation has become very complicated in the times we are facing, where it does not take great rates Klout or many followers blog to generate a crisis to a company and the CEOs of companies They are exposed as an executive sends a tweet by mistake.

For Kitchen Aid, a US kitchen furniture, it is a good example to follow. They tweeted a bad joke by mistake and before it happened the first time, had already apologized directly by the mouth of his manager and had dismissed the guilty worker. So they managed to contain the negative sentiment generated by that message.

Of course it has leveled the playing field between user and brand, challenging the vision that Henry Ford had its consumers: “They can have the color of car you want, as long as it’s black”. The challenge now for brands, when communication is face to face with the customer, is to be smarter in their behaviors.