From the first connections to the Web, along with its mass in the 90’s, to the popularization of social networks; Internet emerged as a tool of communication and socialization.

Remember the movie The Net? Sandra Bullock there represented an attractive geek who lived almost locked in a dark room without ventilation, without contact with the outside world than that generated through your Internet-connected computer. It was 1995, the web was a novelty which had access only a handful of privileged, and the protagonist of the story and worked, bought her dinner, planned holidays and contacted with (few) friends through the network. 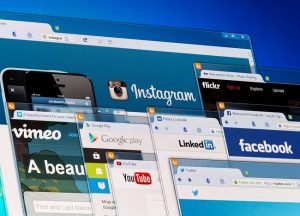 What some years ago may have inspired more than an exclamation of surprise today can hardly awaken a grimace or a sly smile from those who know that it shows the film has been largely overcome. That vision obsolete network as a mysterious and cryptic tool, reserved for the few eccentrics with trouble generating social ties, is something that has totally been forgotten.

True, many of the things shown in the film are more than ever a reality: today we are millions who daily work, do our shopping, we pay our taxes, we inform, entertain ourselves and socialize through from Internet. But far from becoming a platform that promotes isolation and lack of network links it is now, more than ever, an important tool for socialization, perhaps the most important ever invented in the history of mankind.

We all know the stories surrounding the creation of the web. We’ve all read and heard that ARPANET, the project initiated by the US in the 60s and that would, over thirty years later, what we now know as the Internet was originally a project of the Department of Defense support their universities and research centers connected to the threat of a nuclear attack. But was just this spirit that nestled behind the origins of the Internet? Or did the network was, from the beginning, I thought as a genuine tool for socialization and interaction where much of the power was placed in the hands of users?

After all, the first efforts to create a global network interconnection were carried out by a handful of scientists who produced the vast majority of advances now enable the existence of the Internet. The local area networks, the TCP / IP protocol, e-mail, FTP, are advances made between ’60 and ’70 and on which they settle, even today, much of the pillars of the web.

Two of the pioneers who built the foundations of the network were JCR Licklider and Robert W. Taylor. In 1968, these two American scientists published a paper called The computer as a communication device. There were still at least six years to be started using the term Internet, however, in this text, the authors outline many of the concepts that support the current context of social web. There, Licklider and Taylor talk about a platform for interaction in which users participate in generating content. There it is shown that, most likely, the Internet has been designed from its inception as a social tool. Better than your own words to make clear what ideas promoted parents network far away and long ago, in the late 60s were: “We believe we are entering a technological era we will be able to interact with wealth of live information, not only in the passive form to which we are accustomed to using books and libraries, but as active participants in a process in motion. Not only we receive something through our connection, but will bring through interaction”.