You are here HomeHealthTo train better, choose activity during the day

Although science still does not determine in particular what is the best time of day to train, most scientists agree that we should be in sync with our biological clock. Thus, a new study published in Cell Metabolism, points out that to train better, ideally do it during the day. 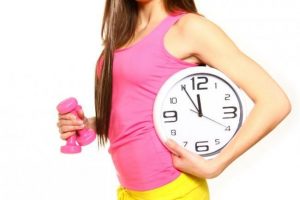 Research by Northwestern University scientists found in rodents that the biological clock that drives every cell in our body influences the ability of muscle tissue to adapt to physical exertion , states of hypoxia while we train and in the processes of Obtaining energy.

Specifically, when nocturnal rodents trained at night they had a higher metabolic response than when they did away from their waking hours, at which point they had difficulty obtaining energy and adapted to hypoxia because glycolysis processes were reduced and increased The presence of lactic acid.

Therefore, the researchers conclude that the response of muscle cells to training is in accordance with the circadian rhythms of each organism, since it is during the waking hours that our muscles can be more efficient for training or responding to physical exertion.

For humans then, we are diurnal and our waking hours often coincide with those of sunlight, the best time to train doing the maximum would be during the day.

The hours of sunlight determine our biological clock and so when we are exposed to the sun our metabolism starts to activate, the body’s functions begin to start and certain hormones influence that.

In fact, it has been proven that the hours of sunlight, because of their effect on our internal clock, condition metabolic functioning to such an extent that it can affect our body weight: to greater sun exposure, less body fat and BMI.

And although we all know that our greatest activity is during the day because most humans are diurnal, there are exceptions and people with a superior physical and / or intellectual performance during the night.

On the other hand, we do not consider that during the hours of the day or sunlight, our metabolism can vary and with it, our performance against physical effort.

So, although in general our muscles would be more efficient training during the day, it is us, with our particularities, customs and with each own internal clock, that we have the ability to decide which moment is best to train.