You are here HomeHealthNine pseudotherapies that do not work against cancer

Cancer is a serious disease that, although we know and treat better every day , it continues to put at serious risk the lives of people who suffer from it, who undergo treatments that are sometimes very hard to cope with.

This mixture of fear and discomfort that many patients suffer make them look for hope wherever they are in order to improve their perspectives. And there are many heartless charlatans who see in it a business opportunity .

They are those that sell supposed miraculous remedies, alternative pseudotherapies to conventional medical treatments with which they promise to cure the sick as well as avoid unpleasant side effects, and all for a small fee. 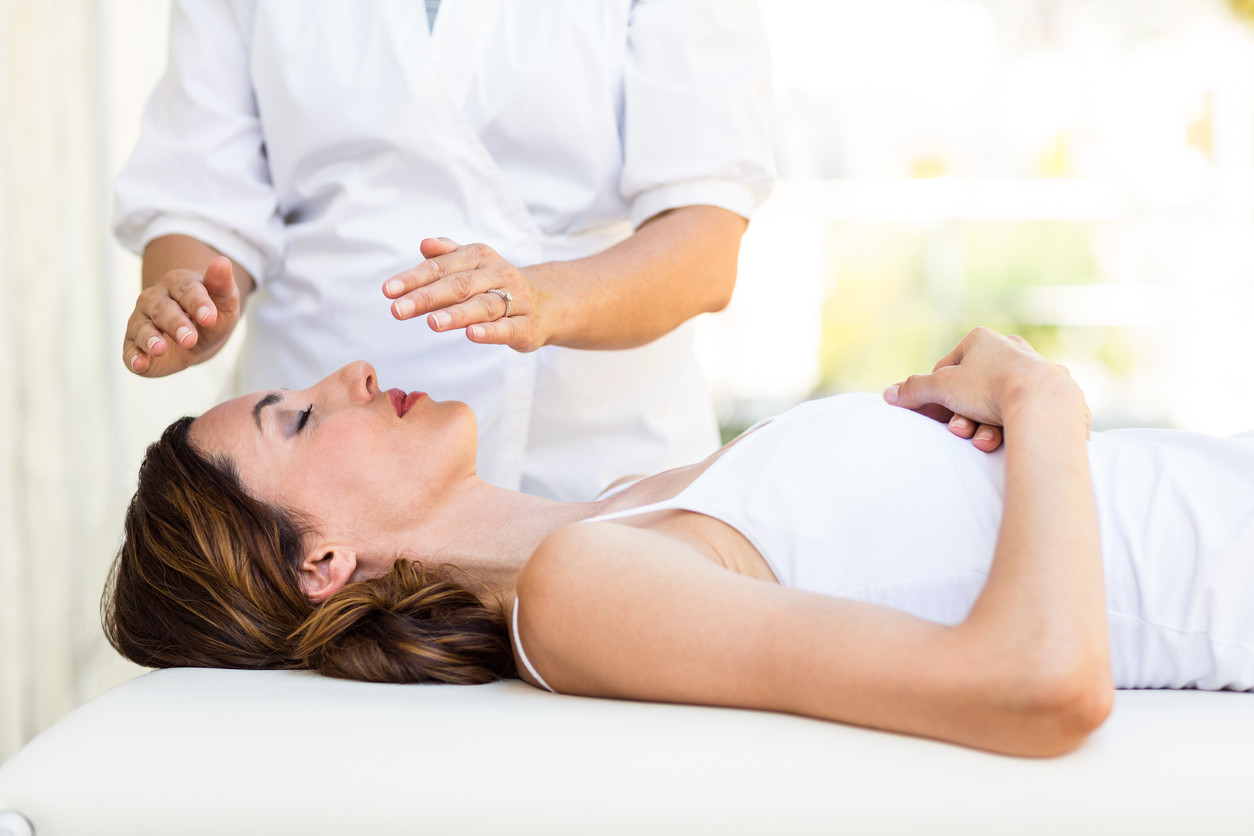 Many times these stories end in tragedy, as happened to Mari Lopez, a youtuber who claimed that a strict vegan diet and pray to God had cured cancer. This woman died last week because of the metastasis that had spread through her blood, liver and lungs.

But we must make it very clear: none of these alternative therapies has been shown to have an effect beyond the placebo effect , that by which our body experiences an improvement simply because it expects to feel it and regardless of the physiological action of the medication or therapy in question. That means that anyone who promises a cure for cancer, or any other improvement, is lying and playing with the hopes of patients .

Although not all ( the inventiveness in this field exceeds any expectations) here are some of the most common pseudotrapias that promise (without fulfilling) cure cancer, included in the book Myth and Pseudotherapies:

The idea that alkalinity or imbalances of ph are the cause of different diseases appears in other pseudotherapies, but in no case has it proven to be true. In fact, there is not a common ph level for the whole body : each organ has its own ph.

On the other hand, there is no evidence that electromagnetic fields have an effect on the human body, neither curative nor harmful . If the magnets used in these therapies really had any effect, some diagnostic tests using much more powerful magnets would be impossible to perform.

According to the inventors of this pseudoterapia, the physical illnesses are the answer to a psychological or emotional conflict , even though we are not conscious of suffering any, and the form to cure them is modifying that emotion or thought of conscious form.

It touches what we would call a sect: they impose their will, separate families, isolate the sick and keep patients away from medical treatment

The added danger of this pseudotherapy is that it borders on what we would call a sect : the leaders of this current impose their will, separate families, isolate the sick and move patients away from medical treatment.

Needless to add, there is no evidence that this really works: there is no trace of its supposed physiological mechanism, nor has it ever healed anyone . The diseases in many cases are multifactorial, as they influence genetic, environmental and lifestyle issues, but the bioneuroemoción and the like simplify this to the extreme, causing much physical and emotional suffering along the way.

It has been proven that cancer cells can proliferate in acid and alkaline environments alike, so that even if the ph could be altered, this would not be a cure for cancer in principle.

Different theories assign diseases such as cancer an absolute origin in food, and also ensure that changing that diet can cure cancer. One of them is the one that defends the alkaline diet that, as we mentioned before, ensures that the cause of the diseases is a malfunction of the ph of the body, and therefore with an alkaline diet (80% alkalizing and 20% acidifying foods). ) can be cured.In the case of cancer, specifically, it is defended that cancer cells grow and proliferate in an acidic environment , and therefore, by alkalizing the body, it can be stopped and its progress reversed.

There are many misconceptions in this theory. To begin with, not all of our body has the same pH, and some organs (stomach or skin, for example) have in fact an acidic ph to be able to exercise their function correctly. In addition, no relationship has been found between diet and blood pH , so there would not be a solid basis in principle for the supposed functioning of this therapy. Finally, it has been proven that cancer cells can proliferate in acid and alkaline environments alike, so that although the pH could be altered, this would not be a cure for cancer in principle.

Colon hydrotherapy is a pseudotherapy that promises to cure diseases, including cancer, and improve the general state of health by introducing water through the rectum , sometimes in large quantities, to clean the intestines inside and thereby eliminate all remaining supposed toxins.

What they sell is that food rots during digestion , specifically in its passage through the intestines, generating toxins that mix with blood and produce diseases because the body has no way to eliminate them. This is why it helps to clean the bowel periodically, something that is done by inserting a hose into the anus and then sucking the water again. Up to 70 liters can be used in one session.

The truth is that there is nothing scientifically proven in all this. Food does not rot in our intestines filling the body with toxins , but circulates throughout the digestive system until we expel what we do not need in the form of feces. If the digestive system works well, there is nothing in it insane, and if not, an enema will not solve anything . On the other hand, the application of this therapy can have dangerous consequences: the application of these hoses can cause tears and wounds, and the transfer of water can eliminate the bacterial flora, necessary for the proper digestion of food.

Homeopathy is one of the pseudotherapies with more followers , so it is important to repeat, once again, that there is no evidence of its effectiveness and that in fact all the supposed mechanism by which it works has been ruled out by science.

Homeopathy sells remedies in which, the lower the presence of the active element, the greater its supposed efficacy . The highest point would therefore be those solutions in which no molecules of the original active principle are present. This happens thanks to a concept, the memory of water , which ensures that water remembers the molecules that have been in contact with it and maintains its properties.

None of this has been tested or made any sense according to what we know today of physics, biophysics, medicine and chemistry. Often the defenders of homeopathy point out their effectiveness in curing some ailments, but behind this there are usually several fallacies . On the one hand, the aforementioned placebo effect that can be helpful in treating pain and other problems related to the nervous system. On the other, that many homeopathic remedies have in their ingredients real active ingredients, undiluted, so they do have effect, but not for the reasons that homeopaths defend, and finally, because they are used to treat ailments, such as constipation or flu , that end up healing themselves.

It is a solution of 28% sodium chlorite to which miraculous properties are attributed against cancer, diabetes, autism, hepatitis and malaria among others. It is a compound for industrial use as a solvent.

There is no evidence that drinking this compound has any beneficial effect on health, and those who defend the opposite usually refer to experiences people, blogs and Facebook pages that in no case can be considered reliable information. What has been documented are cases of intoxications that have resulted in vomiting, diarrhea and other digestive problems.

Not only is there no evidence that this therapy cures anything, but in high concentrations this gas can be toxic

Ozone therapy is a psudotherapy that advocates the application of ozone gas in wounds or inside the body to treat various diseases , such as cancer. For this, different entry ways are used, the most common is the rectum .

Not only is there no evidence that this therapy cures anything, but in high concentrations this gas can be toxic , and that the application of ozone is related to the proliferation of free radicals, a factor related to aging and the appearance of diseases.

Reiki is the most representative of a series of pseudotherapies that ensure that diseases such as cancer come from some mismatch or poor function of vital energy , a somewhat vague concept on which our health, well-being and vitality depend. It would be enough to manipulate and reorient this energy, without touching the patient’s skin, to heal it.

It has its roots in traditional oriental medicine, but has undergone several transformations and today is a mixture of different ideas. None of them is supported by scientific evidence, and in fact a famous experiment that dismantled this supposed vital energy and its manipulators was done by a 9-year-old girl .

Located behind a screen that separated her from a Reiki teacher, she placed her hands, without touching, on the teacher’s hands, and asked her to guess when her hand was near, and when not . The teacher guessed half of the time, which corresponds to chance, showing that he did not know when the girl placed her hand on his and when not, and therefore could hardly feel that supposed vital energy.

This pseudoterapia assures to be able to cure diseases simply changing the feeding to include great amounts of biomolecules (usually vitamins) . This pseudotherapy is supported because its creator, Linus Pauling, won the Nobel Prize in Chemistry in 1954, but it must be borne in mind that the authority argument is also a fallacy , and that if there are no scientific studies to corroborate it, it does not matter how many Nobel prizes in other subjects have their author.

Several studies have shown that Pauling’s claims about how vitamins, especially vitamin C, work to fight cancer are false . In fact, they can be harmful: an excessive intake of vitamin C by mouth could cause diarrhea, and intravenously could cause liver damage.

Why they are dangerous

We could think that it is worth, some of these pseudotherapies are dangerous, but most do not have a risk for the patient, because, even if they do not work, they will not hurt either.

Perhaps the most serious and dangerous is that in many cases, approaching these pseudotherapies means moving away from the recommended medical treatments

This, although well-intentioned in many cases, is not true. On the one hand, many of these treatments are sold for a high price , much higher than the real medicine that, fortunately in Spain, covers Social Security in most cases. Besides money, it is a waste of time, energy and hopes of patients and their families , who believe they are doing something for their health, when it is not true.

But perhaps the most serious and dangerous is that in many cases, approaching these pseudotherapies means moving away from the recommended medical treatments , and that is a risk in cancer patients who must follow the advice of their doctors to improve their perspectives and their quality of life.