The association of physical exercise with mental benefits is something almost intuitive that everyone somehow knows: physical activity keeps us in a good mood, improves our cognitive skills and generally keeps us awake, alert, young, active.

This includes different aspects of what we call intelligence, something difficult to measure and define that includes memory, executive functions, the ability to cope with complex problems, concentration, the capacity for effort … 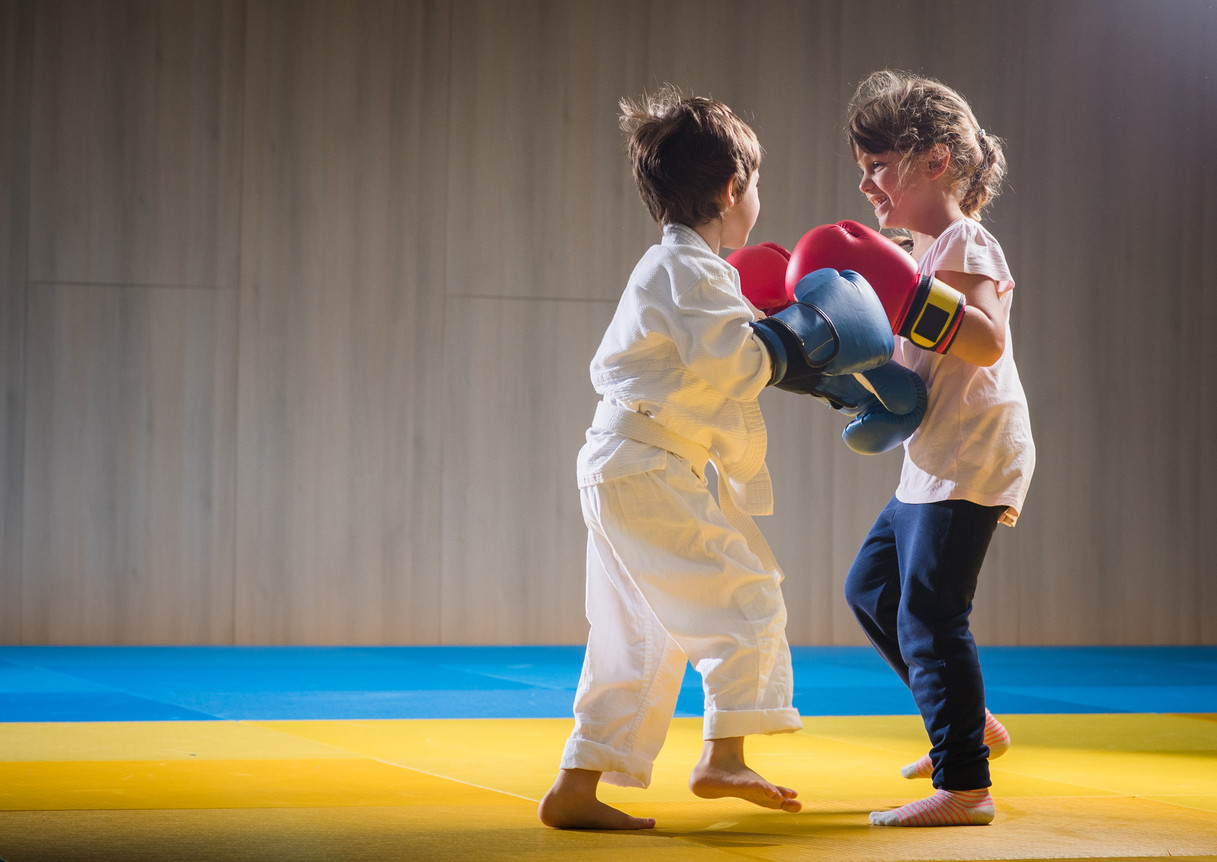 This does not happen only in adults. In a society that tends to the sedentarimo, it is usual that children are recommended to practice some sport for its physical benefits but also for its effects on their life in a broader aspect: it helps them sleep better and improve their school performance among others.

We have already explained how exercising benefits our brain in different ways. Since the 1990s, various studies have shown that exercising increases the production of neuronal growth factors, which, as the name suggests, favor the birth and growth of new neurons. Also that exercise gives rise to a greater cerebral plasticity, that is, that the brain can change shape and in turn prevent the loss of neuronal tissue.

Some studies suggest, in addition, that in the case of children, physical exercise helps them to concentrate better and be less impulsive.

When asking a group of children to perform cognitive tasks that required a large amount of concentration and control of attention, those who habitually performed more aerobic exercise carried out them more precisely and often with a faster reaction time . Other studies suggest that children who perform more physical activity are more apt and quick discarding that information that is irrelevant to a task.

Other studies also suggest that more fit children have a more bulky hippocampus (the area of ​​the brain associated with memory), and that they show a greater retention of information in the long term . In one study, several children memorized a map, and everyone did it just as well, but by asking them again for the map the next day, the more physically active remembered it better.

These studies show a correlation, yes, but that does not always mean causality. What if children who have more developed brain functions are also the ones who tend to be physically active? Well-designed studies that can explain these results are needed. And several have been made in recent years.

In a recent experiment, 40 children with attention problems showed a much higher performance after 20 minutes of moderate intensity exercise : walking on a treadmill.

Some studies have analyzed the effect of activity in children diagnosed with ADHD(attention deficit hyperactivity disorder) and have concluded that physical activity gives these children a special advantage, helping them to modify mental processes that may lead to a better personal discipline and concentration .

Results in the medium term

These experiments have analyzed the effect of exercise in the medium term, and their results support the idea that periods of recreation and physical activity between classes help improve the performance of many students .

Other studies have analyzed the effect in the medium and long term. For example, a study conducted with overweight children concluded that pointing them to a course where they performed 40 minutes of aerobic exercise a day improved their executive function , which influences concentration, planning capacity and resistance to distractions.

Another recent study conducted with more than 220 children of school age determined that those who performed about 60 minutes of daily physical exercise in extracurricular activities scored better in the tests of concentration and cognitive flexibility, the ability to change from one task to another while maintaining speed and the precision.

Some studies suggest that the benefits of physical activity reach the classrooms in the form of better student performance.

For example, one that determined that a session of 20 minutes of walking improved the results in the reading, writing and arithmetic tests . Another, that children who exercised for 10 or 20 minutes before a math test scored better than children who remained sedentary as a control group.

How to get children to do sports

Although most studies show these positive effects of exercise on the mind also in children, more research is still needed to determine exactly what they are and how they are produced. In any case, a constant physical activity adapted to the abilities of each one is part of a healthy life and it is advisable that children get accustomed from small to include it in their daily lives.

To achieve this, it is best to turn it into a fun part of your day, letting them choose the activity or sport that they like the most and avoiding turning it into a source of added pressure to the studios. The variety of physical activities at your fingertips is so wide that it is better to let them try and settle for what more satisfaction and fun produces them.

On the other hand, we must find the balance between motivation and pressure : give the support you need not to leave a team, for example, in a bad patch but not subject to that support to get victories.