You are here HomeHealthChildren and physical activity: What is the best age to start with each sport?

That doing physical exercise and staying active is good for our health, is something that everyone knows or, at least, should know. That the rates of overweight and obesity, especially in children, have increased dramatically in the last 40 years , is evident from the data provided by agencies and health agencies.

Now, when we talk about doing physical exercise for the little ones, there is a question that many people ask themselves: at what age should children begin to play sports? Is there an age to start in each sport or it does not matter when the youngest begin to exercise? 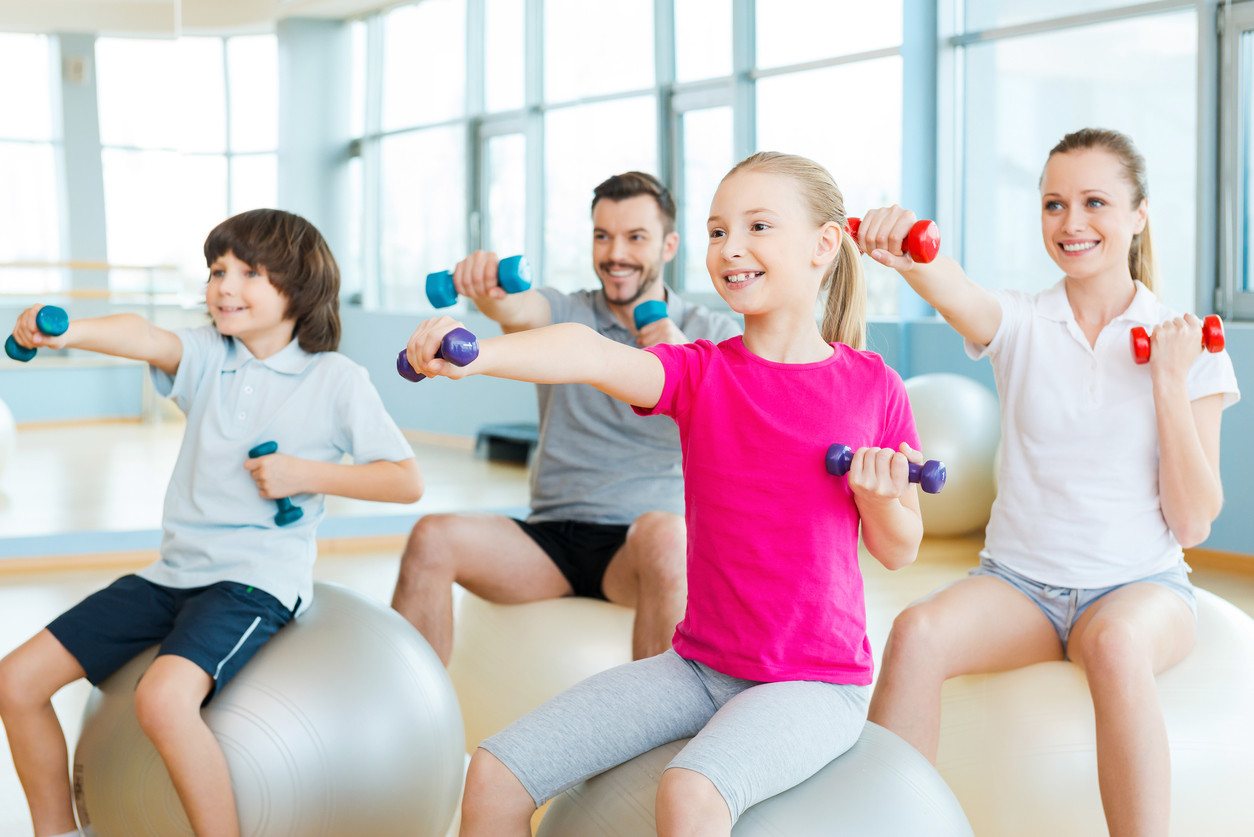 As we mentioned in the introduction, the rates of overweight and childhood obesity have not stopped increasing, and for that reason it seems fundamental to look for mechanisms that help to diminish this epidemic that every day that passes causes new disasters in the health of the smallest. Not in vain, diseases “of elderly people” such as type 2 diabetes “are increasingly frequent in children of twelve and fourteen years , which is a clear indicator that something is failing in the model of society.

For these reasons, physical exercise helps, among other things, to prevent diseases in the youngest children while stimulating and encouraging them to develop their motor skills and physical abilities such as balance, strength, speed, coordination, expression bodily…

At what ages do the skills of the youngest children develop?

If we observe the motor development that a child has since he is a baby until he reaches puberty, we can see how he goes through stages in which he acquires a series of skills that allow him to master his body and learn to move. Thus we can find five stages (to name them in some way) in which the basic capacities of the youngest ones will be developed and that will allow them to later acquire new “capacities” and carry out the daily activities:

What sports can children do and at what ages is it advisable to start them?

Hiking is one of the sports that will have the least impact on the little ones, and that we will be able to introduce more easily into their lives. To do this, we must start at short distances and always looking for some motivation to encourage this activity : walks in a park, nature excursions, historical tours of the city center, visits to villages …

In terms of recommended age, between six and eight years could be a good time to start hiking.

Gymnastics is a sport that is characterized by the “short life” of professional gymnasts, who usually finish their careers at very young ages (rare is the gymnast who reaches 30 years old and still competes), so It is a sport that is “recommended” to start practicing soon . In addition, this sport will allow children to develop skills such as flexibility and body expression through sports.

Due to the age factor, it is common for mothers to begin by targeting the youngest ones to activities such as dance or dance between five and seven years of age , as a prior point to the practice of gymnastics as a sporting activity.

After three or four years , swimming is a sport that can help develop basic motor skills of children, such as coordination, muscle development or endurance. Usually they usually begin to practice it using cuffs or the typical cork splints and as they acquire mastery of their body and improving their capacities they go on doing more free movement without external aids.

Martial arts such as judo, karate or tae-kwondo, are sports that will allow the flexibility, strength, coordination and agility of the little ones to be developed . Therefore, starting between eight and ten years could be a good time for the youngest to start practicing this sport, although it is not advised to start competing until at least twelve or fourteen years .

One of the most common ways for children to get out is by running, just take a look at the playgrounds of the schools and we will see groups of children running from one place to another pursuing or playing. Athletics, therefore, is a sport that can help them channel that energy while developing skills and abilities such as speed or endurance.

Tennis is a sport in which the skills that prevail at the time of practicing it are, above all, coordination and agility (especially eye-hand coordination). In addition, through tennis they learn to control also the force with which they hit the ball and improve in the domain of spaces and distances .

Exercise in which co-ordination and balance prevail, like dance, is a sport that encourages the corporal expression of children. After five or six years, you can introduce this activity once or twice a week as a contact.

You have to take into account the harmful potential of this sport due to falls, so having adequate equipment to protect children from blows is essential (elbow pads, knee pads and even helmet).