When we talk about the business that has managed to mount Adblock Plus around online advertising by helping to block it, sometimes we forget that Google also tried with a proposal called Contributor, and that in exchange for paying a monthly fee was committed To allow us to navigate with much less publicity.

It seems that its $ 10 fee did not quite convince, and the program has been around for a year in that kind of limbo in which Google banishes its less successful projects. But as they say in Venture Beat, it seems that the search engine company will try again, and has temporarily closed Contributor to renew it completely. 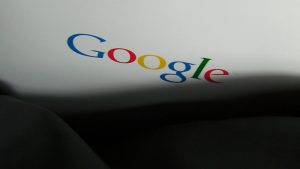 The project page is, as you can see in the screenshot, closed. And users who are subscribed to the program or interested in it have received a message warning them of the relaunch, message that have already posted on Twitter some of its users.

The email goes to say that at the beginning of next year will be launched a new and improved Contributor, and that their improvements will be based on the feedback they have received from their new users. They also warn that as they finish developing this new version, the previous version will be discontinued, so from mid-January their subscribers will no longer be able to enter their accounts and will see the ads that were previously hidden

Advertising is one of the businesses that move the internet, but users are becoming more irritated with the ads that appear to them. That’s why it’s no wonder that Google again tries to do business with this disagreement. It will play waiting for the relaunch of the function to see what are its new features and if you have options against Adblock.