You are here HomeGeneralTravel to Doncaster’s Roman Fort

Walk the streets of Doncaster and you are unlikely to consider that this was once the site of an important Roman town. Most architectural features from the Roman era have long since been built over, but the fact remains that this area was of extreme importance during the Roman occupation of Britain, and was an important stronghold between the cities of York and Lincoln. 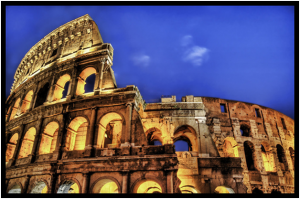 Historians have long known that the town of Doncaster was built on the site of a Roman fort, but until fairly recently there was little archaeological evidence of the actual fort itself. The site was known to have gone by the name of Danum, possibly in reference to the adjacent River Don, although according to Roman-Britain.org it’s possible that the name was a tribute to the Celtic goddess Danu.

Experts continue to unearth further artefacts from the Roman era, and as recently as September 2013 new excavations were taking place in the town’s market square as reported in The Star. Just behind St. George’s Church in the centre of town there is a section of part of the original fort wall. It is worth noting that the church is a recognised attraction in its own right, being one of the tallest in the county and often likened to a cathedral in its structure.

Doncaster Museum and Art Gallery has a collection of artefacts found in and around the immediate area, including an important section of a Roman altar, believed to be of great significance. The museum has more Roman exhibits than any other similar venue in South Yorkshire, including a selection of Roman pottery. The award-winning museum hosts a number of events and exhibitions throughout the year and offers an interesting day out for all the family.  From paintings to bronze animal sculptures that artists like http://www.gillparker.com/ can produce in her Gloucestershire based art studio.

All roads lead to Rome

Back in Roman times the town was situated on an important Roman road linking York with Lincoln, avoiding the time-consuming estuary crossing which was required for troops using the Ermine Road. Nowadays most visitors to the town arrive at Doncaster train station, or travel by car via the nearby M1, A1(M), M18 or M62 motorways. Doncaster train station is situated right in the heart of the town, making it a great choice for tourists who can leave the car at home.

Close to the town is part of the Roman Rig, or Roman Ridge, which is a popular destination for walkers. Expert opinion remains divided over whether this interesting feature is the remains of a Roman road or of a defensive earthworks, and there is little evidence to establish whether it predates the Roman occupation. Whatever its original purpose it makes for an excellent day out and the opportunity to spot a variety of wildlife into the bargain.

Even if history is not of great interest, there are a host of entertaining ways to spend your time In Doncaster, from castles and stately homes to sporting activities and of course, the famous racecourse.