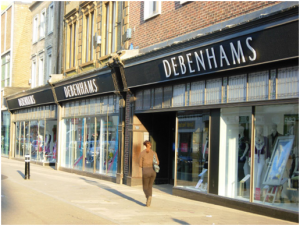 The High Court ruling means that creditors of the company will only receive 5% of what they are owed. However, the alternative was for the company to go into liquidation, whereby many of the creditors would have received less, so the majority of creditors approved the scheme.

The scheme has also seen the renegotiation of rental agreements on 7 of its stores, all of which belonged to the Roche Family, who sold its stores to Debenhams in 2006 but retained ownership of many of the premises. Debenhams has blamed high rental costs at these stores for many of its losses over the past 9 years. However, critics have claimed that Debenhams’ parent company was to blame for failing to negotiate a sustainable lease provision.

The restructuring plan approved by the High Court has secured all 11 stores across Ireland and saved 1330 jobs. The company is making 98 voluntary redundancies but no compulsory ones. Much of the company’s debt has been written off and Debenhams Retail (Ireland) Ltd will receive financial help in the form of a loan from its parent company.

With the company’s new business plan fully approved by 83% of the workforce and backed by employees unions, the company can look forwards to a new era. This is likely to include a new in-store design, which, alongside other retail projects, makes for a busy time for the retail development industry. Shopfitters, RMC Designco, http://www.rmcdesignco.com/, report that shopfitting in Belfast, and across Northern Ireland, as well as south of the border, is seeing significant investment recently.

With Debenhams Retail (Ireland) Ltd being highly subsidised by its parent company and other interconnected companies, it remains to be seen if these cost reductions will be passed onto the customer. However, with a bright new look and an improved business plan, it is likely that Debenhams will quickly return to being one of the most respected names in Ireland.