The Infantry regiment of The Glorious “Glosters” was an important part of the British Army from 1881-1994.  One of only a handful of regiments that had a badge on the back of its Uniform headdress as well as the front.  Seeing Action for the first time in the Second Boer War, the entire regiment was made up of two militia, two regular and two volunteer battalions.

When on tour and visiting their name sake, in the City of Gloucester, the proud locals of the City would stand on their Patios Gloucester supplied by companies like https://www.landscapinggloucestershire.co.uk/patios/  to watch the smart, synchronised soldiers march their way past on the route to their Barracks based at Horfield Bristol.  Seeing many years of active fighting duty all over the World including France, Italy, Egypt, Persia and Gallipoli this truly gallant fighting force earned some of the top medals for Bravery including The Victoria Cross. 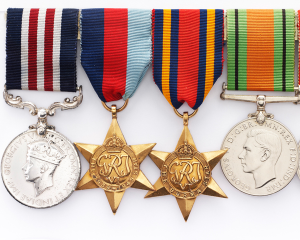 Their claim to ever-lasting fame came during the infamous, bloody, hard-fought Battle at The Imjin River, in Korea where against fierce opposition, a vicious enemy fighting force and being overwhelmingly outnumbered, they held their ground and prevented the enemy in encircling their comrades.   Awarded the Presidential Unit Citation their actions where described by their Commanding Officer as “The most outstanding example of Unit Bravery in modern War”.  The “Glosters” had their final grand Parade on the 26th March 1994” when their “Colours” where marched proudly into the Soldiers of Gloucestershire Museum.