With the opening ceremony of the 2016 Olympic Games in Rio just days away, the decision on whether the Russian team can compete – following a report in which a Canadian law professor stated that Russia operated a state-sponsored doping programme between 2011 and 2015 – has been made. 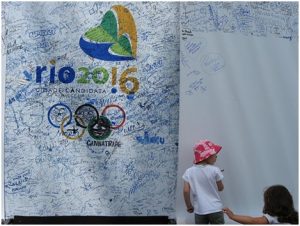 The International Olympic Committee (IOC) has decided that a blanket ban of the whole Russian team will not be implemented; instead, each individual sport’s governing body will decide whether a Russian team can enter.

Competitors from Russia who wish to compete in the Olympics will have to meet strict criteria issued by the IOC and any Russian who has already served a doping ban will not be eligible. We already know that the track and field athletes are banned and it remains to be seen who will actually compete from the collective Russian squad.

What remains the biggest talking point is how this scandal erupted in the first place. Whatever sport an athlete competes in, they are likely to have gone through years of rigorous training without the need for any enhancements.

Take the world of football, for example. Footballers start at the tender age of six in a team environment, whereby they train and take part in soccer drills to perfect their skills. As they grow and become older, their training will become more intense.

For those who have the desire to compete professionally, doping is usually far from their mind. They will look at resources such as a soccer drill video taken by Sportplan or another coaching plan company and work as hard as humanly possible to achieve their dreams.

As far as enhancers and doping goes, this is not something that often crosses the majority of athletes’ minds, mainly because they do not want to hinder their chances of competing. The possibility of a doping programme being state-sponsored is terrifying and has the potential to taint the reputation of the Olympic Games in Rio.

All eyes will be on Rio this summer, and not just for the talent on display. In addition to watching exciting athletes such as Jamaica’s Usain Bolt and our own Mo Farah, the word will be watching to see how the Russian contestants fare.