Mildew and mould are often found in areas that are warm, moist and with poor ventilation. You’ll often find them in places like bathrooms, kitchens and utility rooms. Not only are they unsightly, but they’re bad for your health, as they’re caused by fungal spores which can be breathed in. 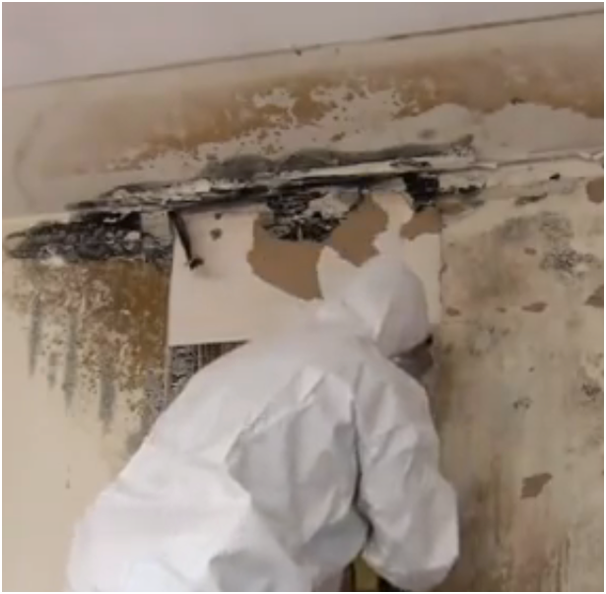 Over 60 per cent of rental properties have suffered from some sort of damp or mould, but what’s the difference between mould and mildew? Mould is a kind of fungus caused by airborne spores. It may be caused by condensation due to poor ventilation or by water leaking from pipes.

Mildew is the name given to the type of black mould seen on walls. If you apply a little bleach and the colour fades, then it’s mildew rather than dirt.

If you have a severe mould problem, you may need to consult an expert, but smaller patches can be tackled yourself. Makes sure to wear gloves, eye protection and a face mask, as the spores can be harmful. To remove mould, make a solution of one part bleach to three parts water and scrub the area with a stiff brush. Rinse afterwards with clean water and dry off.

Having removed the mould or mildew, you need to stop it from coming back. For this you need to understand where the moisture that’s causing it is coming from. If it’s from outside, then damp proof paint from a supplier like https://restorationuk.com/damp-proofing-products/damp-proof-paint-for-external-walls could be an answer. You can also get anti-mildew paints and anti-microbial sprays suitable for indoor use.

If the problem is being caused by condensation, you need to look at improving ventilation. Fitting an extractor fan in bathrooms and kitchens can help. If you have to dry washing indoors, make sure air can circulate – using trickle vents, for example. You also need to check your insulation: a poorly insulated property can make mould and mildew more likely.

Make sure that any leaks from plumbing, or externally from gutters and downpipes, are fixed as soon as possible to prevent the moisture getting into cavities or beneath floorboards, where it can cause a problem.

If an area has been badly affected, you might want to consider using an electric dehumidifier. This helps to dry the affected area out thoroughly and helps prevent the mould from recurring.