You are here HomeGeneralGoing to school in Victorian times. If you were lucky.

Try to imagine going to school in the late Eighteen hundred’s. It’s a very different world to the education environment that we have now. Before 1870 you didn’t even need to go to school. Its more than likely that you would have followed Dad, Mum and Grandad, if he was still alive, out into working the Masters fields, down a mine or in a mill cleaning a spinning jenny. 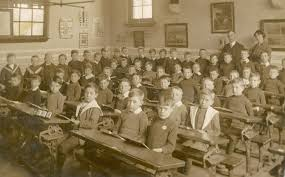 The Government had decided that this was wrong and that rather than have children as young as 5 beginning their working lives it might be an idea to give them some level of rudimentary education, so they had to attend school from 5 to 10. This didn’t help families as they actually needed the income that these new working family members brought in. they also new that the main reason they were getting an education was not to further them in society but as work was changing and becoming more technical the workforce needed to be able to at least read, write a bit and understand some basic arithmetic. So, it was of to school for at least 5 years. Even if you did show some aptitude at learning when you got to 10 you were done, and it was out to work for you.

Levels of education were still considered important back then as the school inspector was greatly used. We worry about this today but to take that worry away it might be an idea to look at Gloucestershire Private Schools such as https://hopelands.org.uk/. Your child will be getting a thoroughly progressive and modern education unlike those poor Victorian children that we shall see into more now. 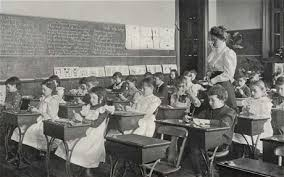 Schools were run on a very strict basis. The work was carried out predominantly by women who kept a tight rein on the children in their care. Whilst it’s a good thing to see women actually dominant in an industry for once they did not create a warm nurturing environment. The children were there to learn, and they would. Sitting boy girl to ensure no trouble the children were taught by rote. In other words, they were barked at for 5 hours and then caned if the words on the slate did not relate to what was on the blackboard. Teacher spoke, and you listened. At playtime the boys had their side the girls had the other. Fraternisation was deeply frowned upon. There are many who think that we should return to this system right now.