You are here HomeGeneralBoy bands

A dream to some, a nightmare to others the Boy Band can strike fear and terror just as much as fanatical devotion. Their posters can be seen from a Student accommodation Canterbury to a Housewives living Room Inverness. Love them or hate them (and some haven’t been that bad, have they?) Incidentally if you’re a student in Canterbury looking for a wall to put those posters on then try https://canterburystudenthomes.co.uk/. They’ve got plenty of choice. 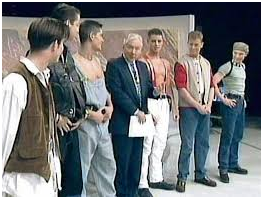 In the picture above the man in the middle is NOT part of Boyzone and 2 others will be fired after they perform. Technically the Beatles were a boy band, but not in the traditionally sense as they could play their instruments and wrote their own songs. So, on that rationale, I think we need to set some ground rules as to what a boyband is.  We’ll need to be careful.

We have a slight problem with these definitions as Bay City Rollers and the Osmonds were definitely boy bands, girls screamed but the could play and wrote their own tunes, and Crazy Horses still sounds great, so they are out. The Monkees were a created band with the intention of making money out of them, but, again they wrote good tunes and could play.

It is all about money. Ladies like good looking lads and if they sing nice songs then so much the better. We can’t really look at boy bands until the 1990’s when Execs like Simon Cowell and Louis Walsh, emboldened by the Stock, Aitken and Waterman pulp Hit Factory, to start making money. 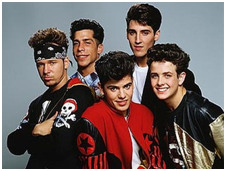 It was Maurice Starr who you need to blame and New Kids on the Block. He moulded the lads and created image over substance. This meant the creation of Take That in Britain (though they have redeemed themselves especially Robbie) and in Ireland Boyzone and Westlife (who haven’t). These are the main culprits.  Its just something we’ll have to learn to live with. Yes Dad, go put Master of Puppets, on you’ll feel a lot better.