With 138 people becoming millionaires thanks to the National Lottery, it seems that Birmingham could just be the luckiest city in the UK. 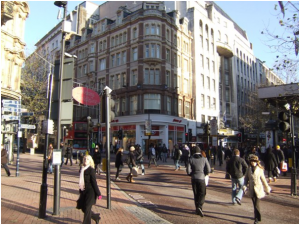 Since its launch in 1994, the National Lottery has helped change the lives of countless people with eye-watering prizes for the winners and donations to good causes each week. Some areas seem luckier than others, and Birmingham reserves the top spot. A staggering 138 people in the city have scooped enough to call themselves millionaires, making Birmingham not only a top leisure and tourist destination, but also one that seems to have the lucky touch. There are more players to have won £50,000 and over than anywhere else in the country, with 1,197 winners lucky enough to have done this within the B postcode.

Marie and Paul Coldfield scooped £2 million in 2012, and in June 2015, Tamworth couple Dawn and Malcolm Bosworth netted themselves £5.8 million. Winners describe themselves as feeling incredibly lucky because the prizes are enough for some serious life-changing differences.

Since changes were made by the Camelot-owned group, The National Lottery has caused uproar among players who claim it’s now harder than ever to win the jackpot, which regularly rolls over as a result. There are also complaints that high-tier prizes are now worth far less than they used to be. Despite this, Birmingham seems to be enjoying plenty of wins. 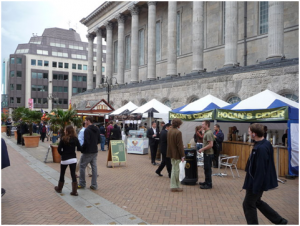 Considering the average is one lottery-made millionaire every two months in Birmingham, it may just be time to reconsider where you’re purchasing your tickets. A day trip, renting serviced apartments in Birmingham at http://birminghamservicedapartments.co.uk/deluxe-1-bedroom-birmingham-serviced-apartments/, or even a relocation might see you become the next big winner.

How the lottery changes lives

It’s not just the winners who benefit from the winnings. With over 4,600 lottery-made millionaires up and down the UK, the National Lottery is able to raise in excess of £30m for Good Causes each week for projects both on a community and national level. The money raised, won and donated certainly highlights the positive side to the National Lottery, which is making a big impact on the vibrant city of Birmingham.

Within Birmingham, more than 500 grants to the City Council have resulted in around £405 million being invested in the likes of the Central Library and ThinkTank.