You are here HomeGeneralA Short History of the Crane

A short history of the crane is difficult, because it has a long one. We know that shadoufs – simple counterbalanced levers – were used in Mesopotamia by 3000 BC, but no mere shadouf could have lifted the enormous blocks found in many ancient monuments.
Some stones at Stonehenge weigh 50 tons, and in the Great Pyramid some are 70 tons, but a fully lifted stele at Axum in Ethiopia is 170 tons. While there are heavier blocks (the “Stone of the Pregnant Woman” in Baalbek, Lebanon, weighs 1000 tons) they could have been manoeuvred into location rather than lifted. Even so, how they moved them is a mystery and would still be a challenge today. 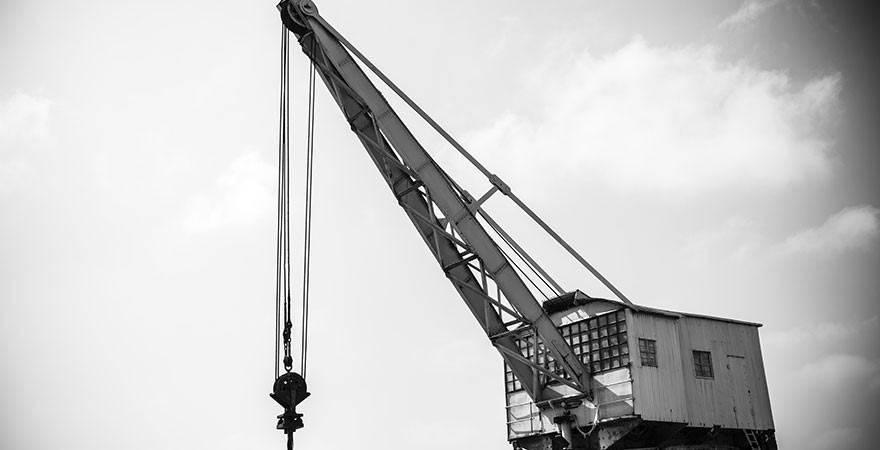 Key developments that hastened the evolution of modern cranes include pulleys and winches. Again, their antiquity is open to speculation. Although they are often attributed to the ancient Greeks, both were in use in Mesopotamia centuries earlier. It’s possible the Greeks developed the first complex pulley assemblies and were the first to raise and lower boats with them.

To “crane” means to bend the neck in order to reach the head forward, like the water bird does. This usage seems to be ancient, because the action and the bird share a common name in many languages other than English. From this meaning it became transferred to machines that serve the same purpose – the boom and jib resembling the bird’s neck and beak. 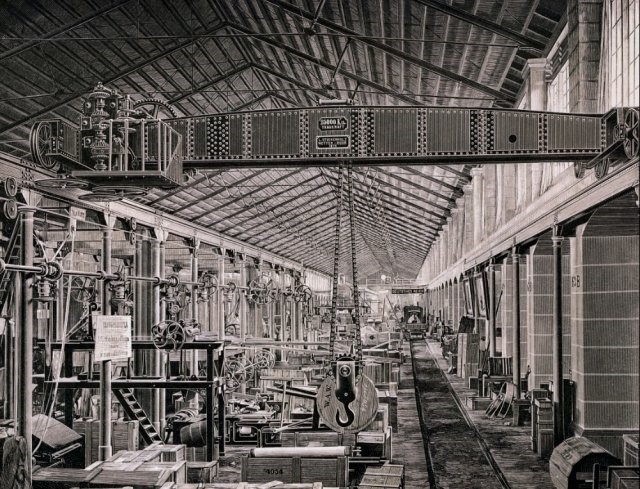 However, it was the advent of hydraulics and electric motors in the mid-19th century that enabled most of the powerful lifting devices we know today, with ships and dockyards always at the forefront of development. See this hydraulic crane on Garston docks.

The davit crane was developed specifically to solve the problem of lowering lifeboats over the side of ships. They soon found application on land too, manoeuvring loads around obstructions on construction sites and in heavy engineering.

The name was probably chosen in reference to the Biblical story of David and Goliath – because it allows a small person to master a much larger weight. You can see some modern versions at https://www.gmh.co.uk/transition-piece-davit-cranes/.

Davits are still highly important for marine construction projects, like offshore wind farms, because they don’t need the hefty anchoring that plain jibs would to lift the same loads.