You are here HomeFamilyWhat age should my child start to play football?

The value to children of playing any team sport is well-documented – it develops physical fitness, boosts confidence and enhances mental well-being. Football is an especially useful game for children in Britain who are so often raised to support a particular team and consequently have heroes whom they enjoy emulating. But what is the best age to start playing football? There are three main considerations: 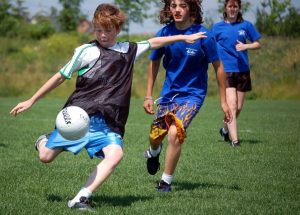 The NHS has a useful guide to the sorts of the sporting activities in which the children can safely engage. As helpful as these guidelines unquestionably are, they aren’t cast in stone: children develop physically at dramatically different rates and it’s entirely possible for one four year-old to be the same sort of shape and size as a six year-old. Be mindful of this when you are deciding whether your child is ready to play football, and also when selecting equipment and potential team-mates.

Again, there are formally recognised stages at which children are expected to have gained the various cognitive skills necessary to learn the rules of a team sport, but every child is different. It’s up to you to determine whether your child has reached this developmental milestone. 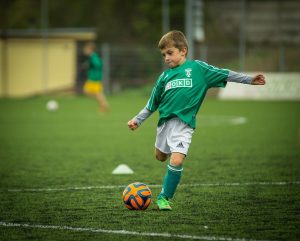 Similarly, some children are more confident and outgoing than others. Being introverted and shy doesn’t preclude your kids from playing the game but you will need to choose the right set up for them. Informal games in the park, for instance, might suit them better than a more structured local youth league. The latter has the advantage of being relatively inexpensive and easily arranged. You can buy cheap Adidas football kits at such sites as https://www.kitking.co.uk/category/adidas-full-strips.

The central question, perhaps, is – what do I want my child to gain from playing football? If your main aspiration is that he or she gets plenty of exercise, learns team-work and has fun, then you can take a fairly relaxed view of when to start playing the game. All things being equal, your kids can kick a ball around with friends from a very early age. If you hope your child will attain a certain level of skill, then his or her introduction to the sport needs to be carefully managed and you should seek the advice of the manager of your local youth league.