Digital media has achieved a prominent role in the marketing budget of companies instead. According to the latest quarterly report Strata, only 27% of companies will remain true to its traditional media plan, without giving preference to digital media. Which is 45% less than last year.

On the opposite side, we see that 1 in 3 companies plan to invest more in digital than traditional advertising in the next 3 years. The medium has lost more popularity has been television, since less than half of respondents (44%) say they prefer this medium before any other; while the previous period, the followers of the television were 54%. In contrast, 35% of respondents expressed the same stance towards digital media. 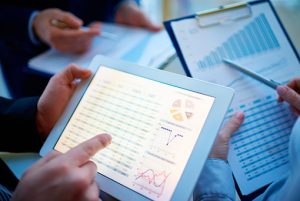 Video advertising is consolidated as first choice in the digital environment

61% of companies bet on video advertising, in all its forms, although television remains the first choice, 66% and showed interest last year in audiovisual formats. YouTube is the preferred (69%) average, although advertisers also have other platforms such as Hulu (35%) or Netflix (14%).

Although social networks are not the main advertising channel for advertisers, if you are present in your marketing plan. In fact, the study shows that companies are devoting more resources to neck in the media.90% of brands invest in Facebook, YouTube 55%, 53% on Twitter, LinkedIn 35% and 25% also in Pinterest. Strata also shows that 25% of marketers think that registers a higher ROI of their advertising campaigns in this medium than our other publications. Meanwhile, 11% believe the opposite.

The figures show a clear tendency for agencies to digital media, even in the case of radio, where 58% of advertisers showed more interest than last year. We are facing a big change in the way to reach the consumer; derived by their new habits when consuming information, such as the possibilities of digital media give so much. Therefore, a change of mind, giving rise to new advertising campaigns, new formats and new ways of reaching customers needed. Are brands ready for change?